Frank Mobley and Rob Moser have known each other since they were young, cavorting around their neighborhoods in Chester.

What started as two kids whose mothers were best friends led to a partnership and a company that — despite naysayers — has been going 10 years strong. 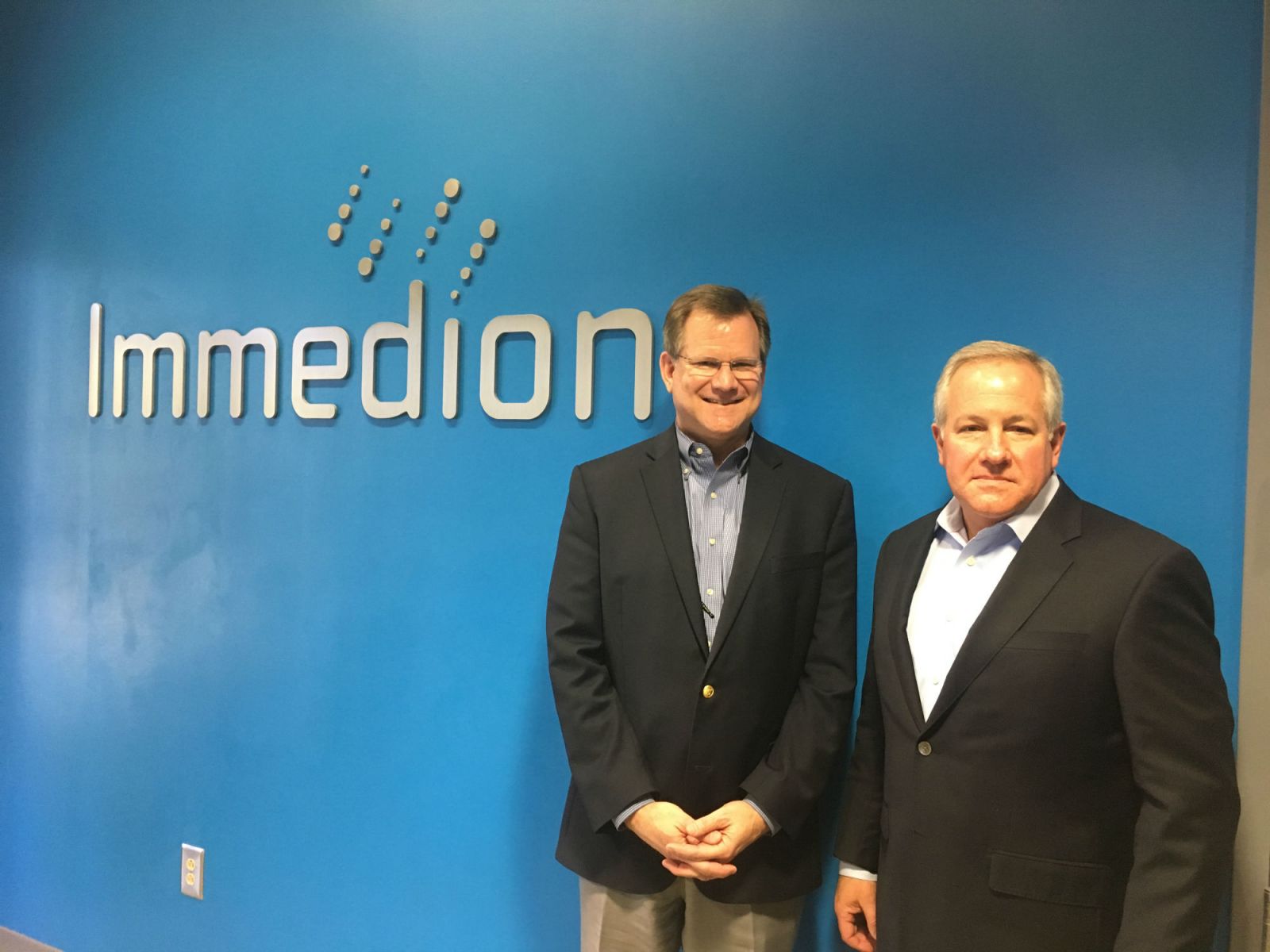 That company, Immedion — a data center services and infrastructure-as-a-service provider based in Greenville — has grown from a 5,000-square-foot data center in Greenville to a company with data centers in seven locations across three states with peering points in two other locations with 80 employees across the company footprint.

Mobley, the CEO, and Moser, the COO, went their separate ways for some time and it wasn’t until Mobley first decided around 2006 it was time to call his own shots and stop working for someone else. In a sense, Mobley wanted to “build” something.

“I was in the industry before and I was traveling a lot,” Mobley said. “I just had that entrepreneurial itch. It was that building that I think scratches that itch.”

After coming to Greenville for Peak 10, the company he worked for based in Charlotte, to look at a potential client, Mobley found a potential need in the Upstate as the client was looking for a data center-type operation that didn’t exist at the time and Peak 10 could not provide. That got Mobley thinking about that “build” he was seeking.

At the same time, Moser was working in Columbia and, like Mobley, was traveling a lot with a family at home and wanted a change of lifestyle. Then came the call.

“When I called Rob, I asked if he wanted to jump off a cliff,” Mobley said. “From there, we just started knocking on doors to find capital.”

Not that Moser took the decision of leaving a career to take a risk on starting a business that, despite its growth recently, wasn’t one in demand in Greenville in 2006.

“There were some daunting moments and there were a lot of conversations with my wife,” Moser joked. “But, it was exciting at the same time … it was very exciting.”

One thought was: What would happen if things didn’t work out? And what would happen to the relationship between the two that started with their mothers so many years ago?

“There was that thought early on that if it went wrong it would have been awkward,” Moser said. “But, I have never really seen it as an issue.”

There wasn’t a lot of time for reservations since the company was founded in October 2006 and it was officially incorporated in April 2007 after the company signed an investment agreement with Rock Hill-based Comporium Communications, who was the majority investor in Immedion.

Six months after incorporating, Immedion opened its first data center, a 5,000-square-foot center in Greenville. From February 2008 when the company installed its first cloud customer to December 2015, the company acquired two companies and expanded to its current footprint. That first data center in Greenville was recently expanded to an 11,000-square-foot facility.

Through it all, the friendship and partnership between Moser and Mobley has remained intact.

“I’ve known a lot of friendships and partnerships that have fallen apart,” Mobley said. “But, we have mutual respect for each other and we have been upfront with each other from day one.”

Even during the lean years of the recent recession, the pair said they kept things on an even keel. They said they “never faced a period where they felt the full impact of the recession” and that was largely because they helped other companies by picking up services those companies needed but lacked the bandwidth to do themselves.

“Really the demand for computer infrastructure kept growing regardless of the time,” Mobley said.

Now, with the competition for cloud-based services and data centers constantly growing, Mobley and Moser said their direction with Immedion will remain the same and that is to focus on local clients. Mobley said if one looked at a 50-mile radius around any of their data centers that would be where their customer base is primarily located.

He said that local customer base makes service a priority.

“Greenville is a small town and the last thing I want to have happen is that I go out to dinner and I have to duck someone because we did a crappy job,” Mobley said.