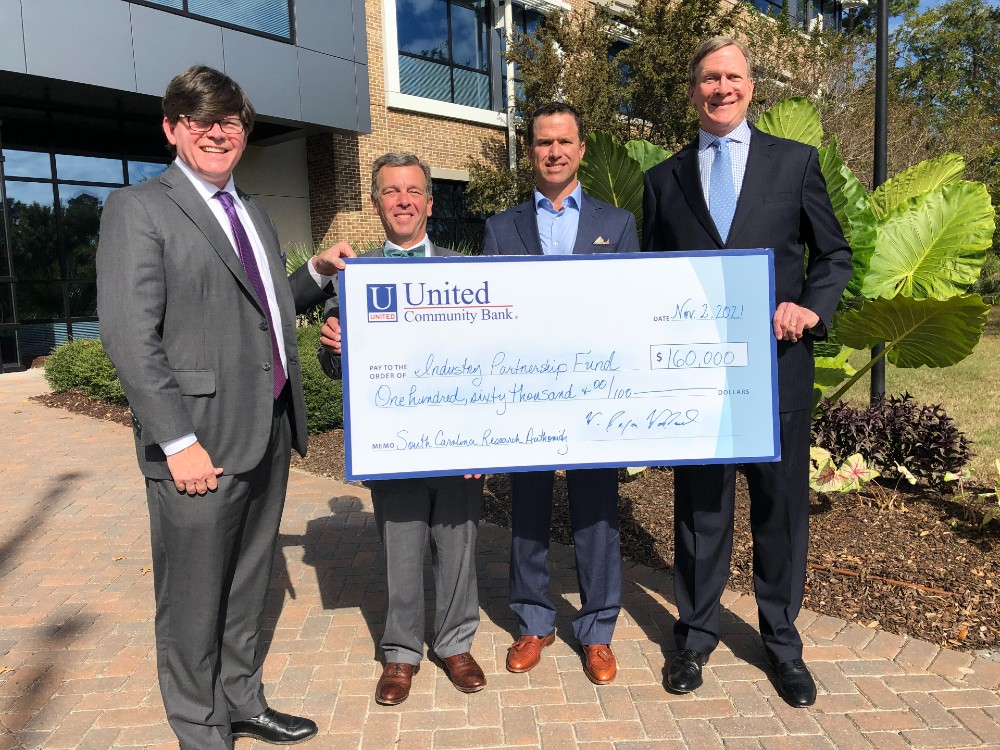 It is the largest contribution SCRA has received from a bank in the fund’s 15-year history, according to a news release.

SCRA works to fuel South Carolina’s innovation economy and provides grants and investments to companies and projects funded, in large part, through contributions to the Industry Partnership Fund.

“The S.C. Research Authority and the grants and investments they provide to entrepreneurs play a critical role in helping to nurture innovation and foster economic growth across the state,” Dixon Woodward, state president of United Community Bank, said in the news release. “As a longtime partner of the organization, we have seen first-hand the impacts of their work in our local communities and we want to support those efforts.”

United Community Bank is among S.C. businesses and individuals eligible to receive a dollar-for-dollar state tax credit for investing in SCRA’s Industry Partnership Fund. A strong innovation economy means higher potential for cutting-edge technologies and higher-paying jobs to remain in South Carolina, the bank said in the release.

“We cannot achieve our mission without partners like United Community Bank who share our dedication to the spirit of innovation,” Bob Quinn, executive director of SCRA, said in the release. “These types of contributions enable us to support our member and portfolio companies, as well as academic researchers, that are looking to develop their ideas and ultimately grow into a thriving South Carolina-based business. As a strong partner for small businesses through its banking services, we appreciate United’s belief in entrepreneurs early on in their process of innovation.”

United’s newest subsidiary, FinTrust Capital Advisors, has had a working relationship with SCRA for almost a decade.

“After several years of working together in business and a shared belief in the SCRA vision for fostering innovation, we are thrilled that United is able to make such a large-scale investment in the future of our state’s economy,” FinTrust SVP and fiduciary consultant Chip Hardy said in the release.