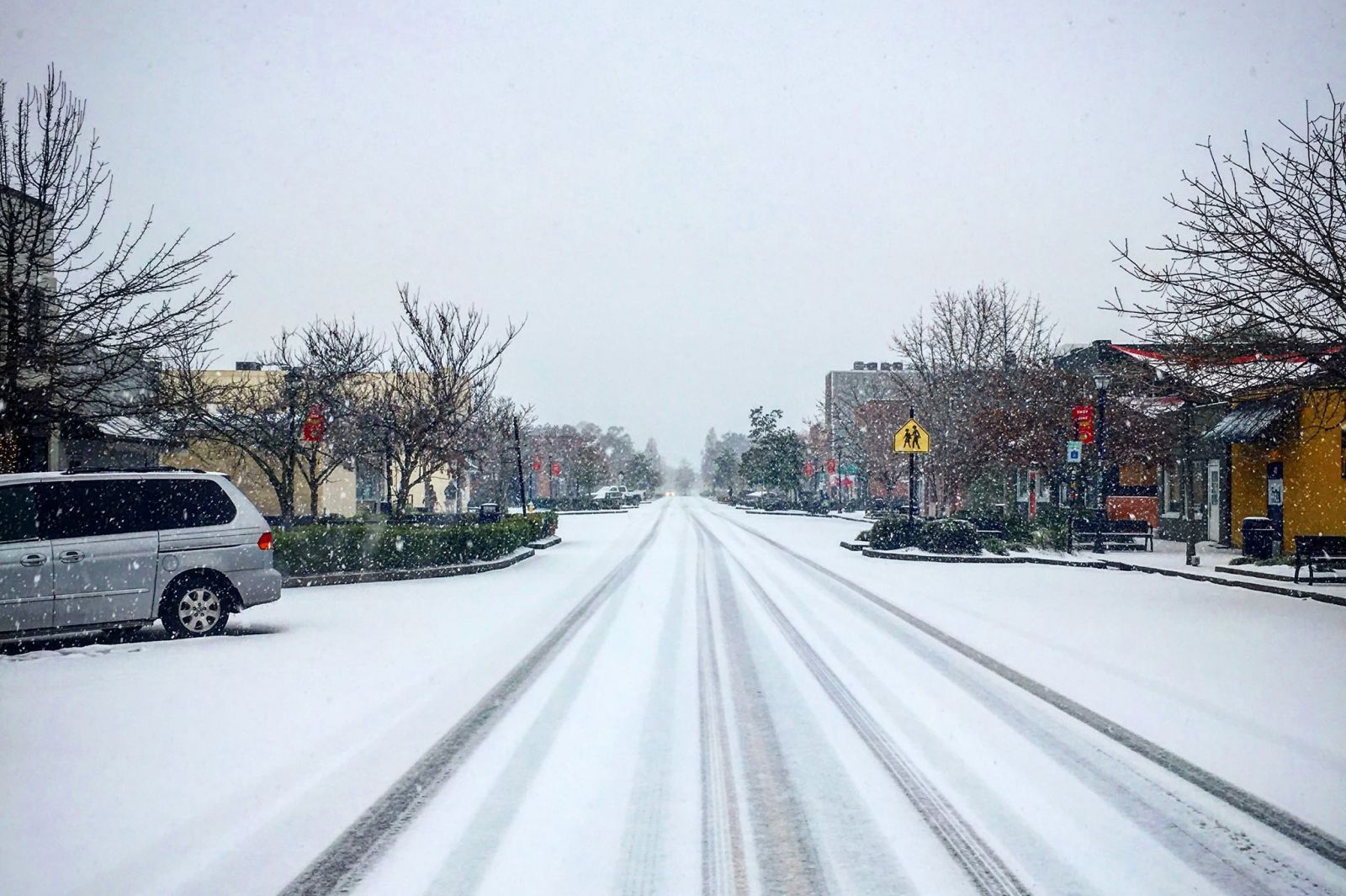 By Liz Segrist and Patrick Hoff

Lowcountry businesses and residents hunkered down ahead of the anticipated ice and snowfall today as a winter storm covered much of the East Coast.

Many businesses have closed their doors for the day and some employees around the region opted to work remotely. Operations at the Port of Charleston and Charleston International Airport have ceased for the day. 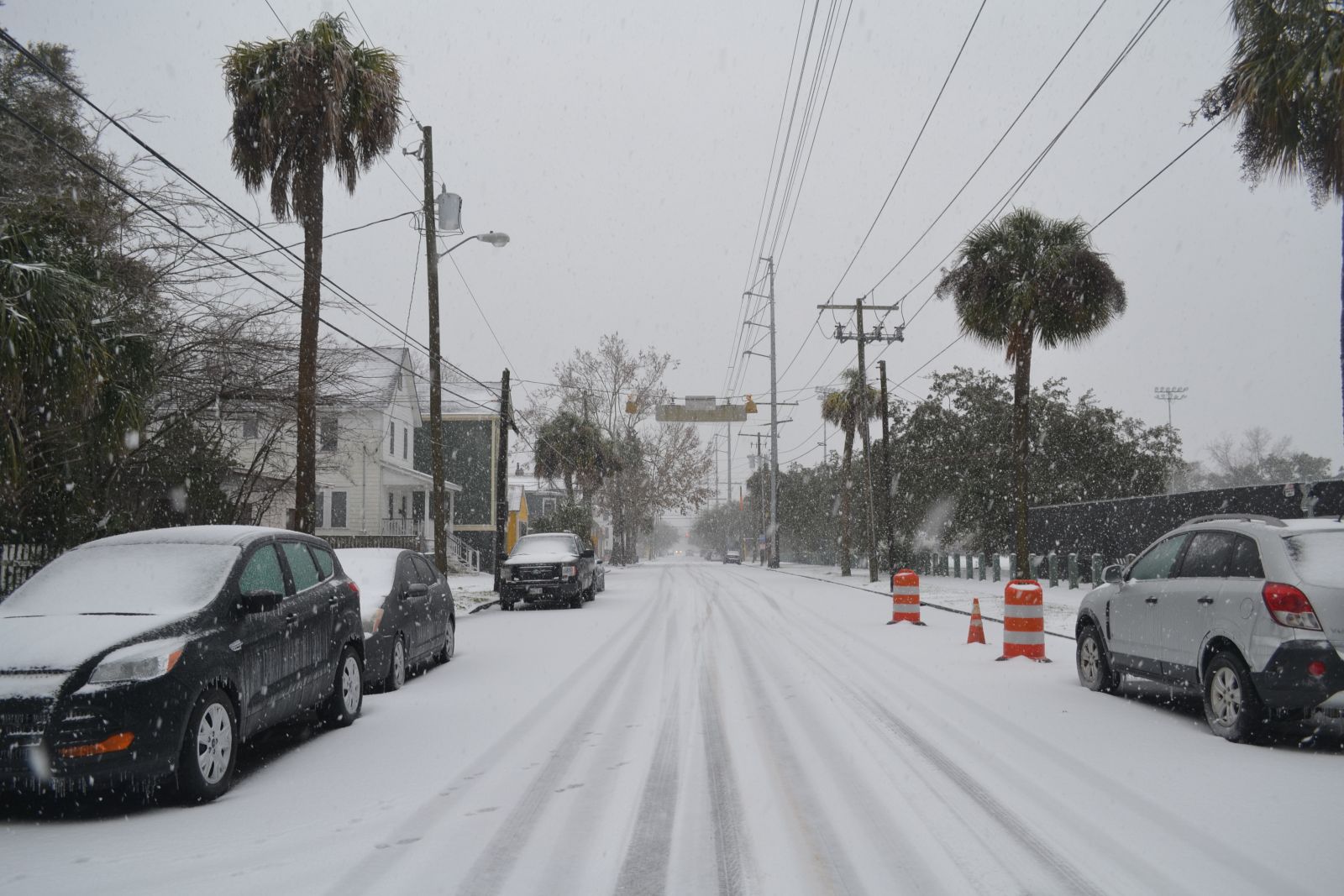 Officials advise people to stay off the roads and bridges if possible as icy conditions worsen. Drivers should expect difficult travel conditions if they head out.

The National Weather Service forecasts at least 2 to 4 inches of snow and up to one-tenth of an inch of ice in Berkeley, Dorchester and Charleston counties through tonight.

A winter storm warning remains in effect for the Lowcountry until midnight. Freezing rain is likely this afternoon, followed by snow through this evening and into the night.

“A winter storm warning means significant amounts of snow, sleet and ice are expected. This will make travel very hazardous or impossible. … Be prepared for significant reductions in visibility at times. Cold wind chills as low as 15 above zero will cause frostbite in as little as 30 minutes to exposed skin,” the National Weather Service report said.

“Our community’s lack of preparedness for such storms, at least from an infrastructure and transportation standpoint, is a top cause for business closings with buses not running and employees not able to safely get to work,” she said.

Amaker added that local farmers would likely be losing some of their winter crop from this storm, and the Lowcountry Street Grocery bus was unable to start and make normal routes Tuesday and Wednesday.

Some breakfast restaurants in downtown Charleston remained open to feed those who ventured into the cold. Caitlin Nye, general manager of Callie’s Hot Little Biscuit at 476 1/2 King Street, said the restaurant was not as busy as normal but it was still busier than she expected.

“In my experience, anytime there’s anything like this, people just stop going places,” she said. “But we just have a lot of … customers who are not from Charleston, just people who came into town and now they’re stuck downtown with not a whole lot to do, and now they can’t leave the peninsula.”

The Daily, a coffee shop and neighborhood market at 652 King Street in Charleston, was busier than normal, according to general manager Weston Smith. 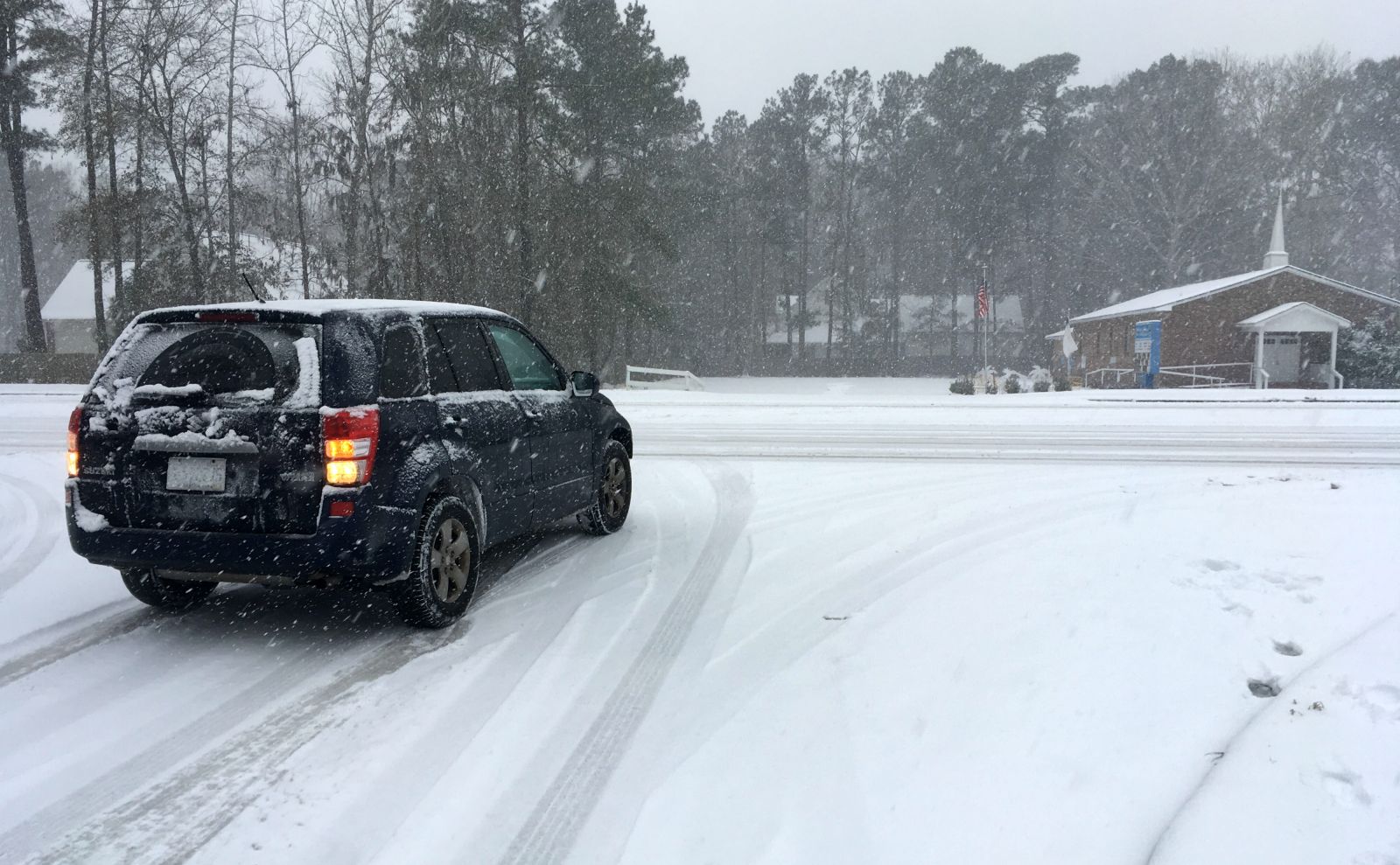 “People are just planning on getting home earlier, people want to make sure they have all their groceries and all their quick snacks,” he said. “We have kind of a unique mix of retail and service so people are coming in for sandwiches, loaves of bread, flats of eggs, gallons of milk, basic staples.”

Joint Base Charleston closed the runways at Charleston International Airport because of icy conditions. No flights will take off or land until the runways reopen.

“No flight operations are permitted until the Air Force determines the runways are safe for aircraft and passengers. Please contact your airline to rebook a canceled flight,” the airport advised on social media.

CARTA has suspended all operations as road conditions worsen. The transit authority said it will monitor conditions to decide when to reopen bus services.

Boeing S.C. has suspended operations today as the winter weather approaches. Workers were told not to clock in for second shift.

The American Red Cross and the city of North Charleston opened the Charleston Area Convention Center as a warming shelter for anyone who needs to escape from the cold.

“The weather on Wednesday has the potential to be one of the worst winter storms the state has seen recently,” said Louise Welch Williams, regional CEO of the Red Cross, in a statement. “We urge everyone to pay attention to local weather forecasts and to heat their homes safely if they choose to stay at home.”