As we kick off Infrastructure Week 2018, this year’s key message, “The future won’t wait, neither can we,” is aligned with the Trump administration’s recent messages and plan for the dire need for infrastructure investment today. We can no longer wait for future generations to address this nation’s crumbling infrastructure. We need to act now.

The problem is substantial, to say the least. The American Society of Civil Engineers predicts that failing to close the infrastructure investment gap would cause nearly $4 trillion in lost GDP, $7 trillion in lost business sales and 2.5 million lost jobs by 2025. 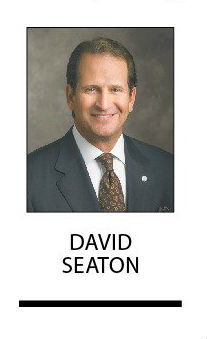 The economic benefits of addressing this problem would also be substantial. New research from the Council of Economic Advisers predicted $100 billion in new public infrastructure would raise GDP each year by $12.9 billion. With that in mind, the Administration’s proposal would have an immense impact on GDP: it would generate at least $1.5 trillion in infrastructure investments, much of which would go to public projects like transportation systems and schools.

Driven by both the severity of the problem and the benefits of the solution, Americans across the political spectrum support government action. A recent YouGov poll found 71% of the public supports increasing federal spending for infrastructure, including 78% of Democrats and 75% of Republicans.

It is rare to find this degree of support for any policy priority these days. But Congress shouldn’t pass the plan simply because of that. Congress should do so because the bill takes the right approach. Specifically, it encourages projects with several essential traits.

First, the program incentivizes private sector participation through public-private partnerships. P3s help taxpayers by combining the power of the federal government with the expertise of private sector partners, aiming to ensure high-quality work with less risk.

Second, the measure encourages the necessary level of local buy-in: half of all federal funds are dedicated to grants that incentivize state and local entities to invest in infrastructure. Local governments have the sharpest understanding of their needs and priorities and should control their funding decisions.

Because of these traits, the Administration’s proposal boosts the types of projects that are most needed and require visionary leadership, thereby addressing broader societal challenges.

For example, the Eagle P3 commuter rail project has connected suburbs to downtown Denver and the airport, thereby greatly improving mobility for the region. The private sector partners, which included Fluor, secured $450 million of private financing for this project allowing the local communities and the state to spread out large upfront costs over approximately 30 years, making it more affordable.

The legislation would also lead to more ventures like the Automated People Mover at LAX. This $4.9 billion P3 development (in which Fluor is also participating) will provide travelers with reliable transportation while reducing traffic and diminishing the carbon footprint. Importantly, the project has buy-in from surrounding communities (Seventy-one percent of Los Angeles County voters approved it.).

In nearby Arizona, the Loop 202 South Mountain Freeway — the largest highway project in state history and another Fluor development — will be delivered to taxpayers three years sooner than expected due to an innovative delivery method. Because of the loop’s importance, citizens of Maricopa County approved a sales tax to help fund initiatives just like it.

These types of undertakings have been all too rare. The South Mountain Freeway will be Arizona’s first roadway P3 and the Automated People Mover will be the first P3 in Los Angeles World Airports’ history. The Purple Line light rail project in Maryland is this nation’s second major transit project to include private financing.

Another key hurdle involves regulatory barriers, especially the environmental permitting process. It is erratic, disjointed and inefficient, and decreases the viability of projects that communities need. And it’s only getting worse, as the CEA found the average time required to complete Environmental Impact Statements exceeds 5 years, up from 4.7 years two years ago.

That’s why Congress must approve the infrastructure bill with its proposed permitting reform, especially the “one agency, one decision” concept that streamlines and centralizes the process.

If Congress can pass the Administration’s plan, it would go a long way toward solving these regulatory obstacles and our infrastructure challenges more broadly. For the sake of our nation’s health and economic vitality, we must not fail. The future won’t wait, neither can we.

David Seaton is the chairman and CEO of Fluor Corp., an engineering, procurement, construction and maintenance services company, and vice chairman of the National Association of Manufacturers.