A public transit plan is in the works to help alleviate traffic woes in the Lowcountry, where booming business and a growing population are continuing to increase congestion.

Between 2016 and 2017, the Lowcountry added 38 residents each day — including 28 transplants and 10 births — according to data from the U.S. Census Bureau’s American Community Survey. 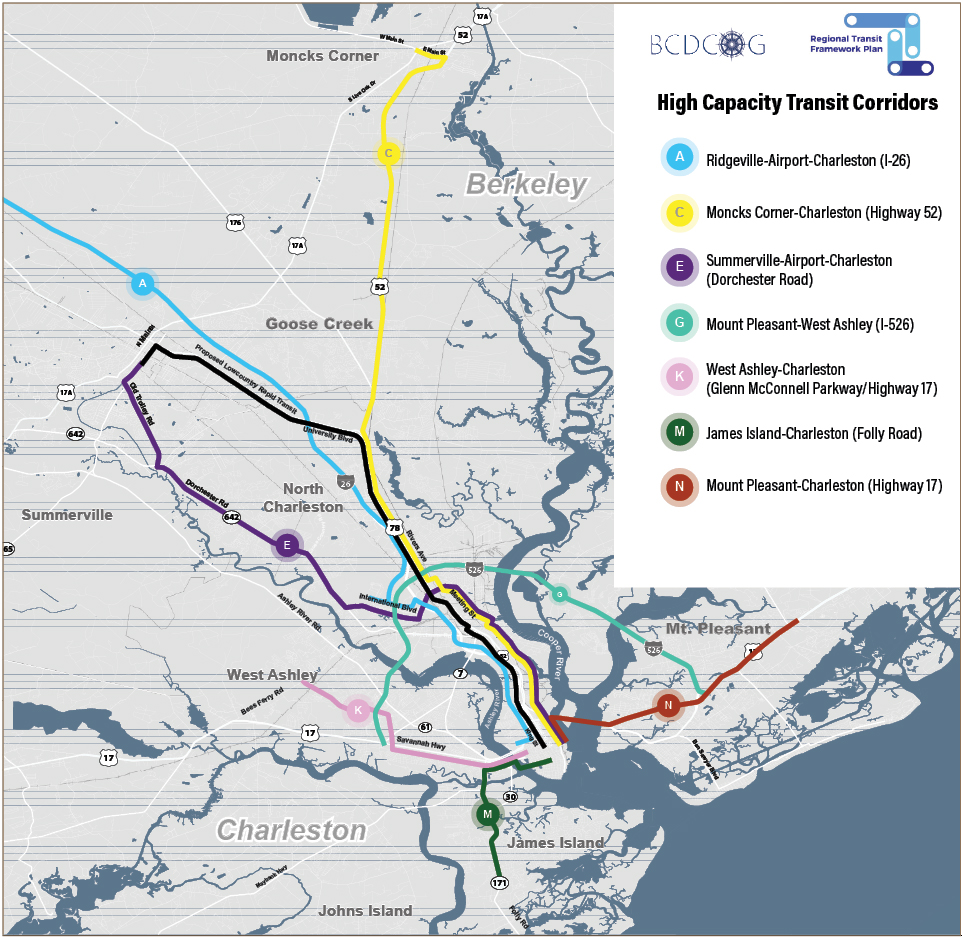 The Charleston metro area is the 47th fastest-growing metro in the country as of 2017 — growing at three times the U.S. average — with a population of 775,831 residents, data show.

As this growth occurs, many struggle to find affordable housing near their jobs, which exacerbates traffic problems. People move farther out from traditional job centers in search of housing, then commute to work, resulting in clogged roadways, particularly during rush hour.

Transportation planners want to expand the region’s public transit options. The Council of Governments envisions bus rapid transit lines operating on some of the most crowded routes.

Specifically, they hope to oversee the buildout of six bus rapid transit lines over the next 20 years to efficiently move people throughout the Lowcountry, cutting down on the number of residents commuting solo in their vehicles each day.

Bus rapid transit operations typically need a dedicated bus lane, achieved by converting a current lane or sometimes building a new lane on the shoulder of a road. Synced stoplights are also part of the implementation. These elements enable buses to bypass vehicles waiting in traffic.

“With high-capacity transit, you can move quickly through a corridor and move more people than a traditional route bus can,” said Sharon Hollis, principal planner with the COG.

Hollis said the influx of new residents helps drive the demand for better public transportation in the Lowcountry.

“I think we’re seeing a lot of people moving here from other areas who are used to it and in some extent expecting it; but it is a cultural shift in how we move and whether we get in our car and go to the grocery store or whether we walk to the corner and hop on the bus, so it is a significant change,” Hollis said. “Until you can actually see it and experience it, it’s hard to imagine that.”

The first bus rapid transit line is set to open in 2025, connecting Summerville to North Charleston to downtown Charleston via a 22-mile stretch along U.S. Highway 78 and U.S. Highway 52. The plan calls for 16 hybrid-electric vehicles to run service every 10 minutes in peak hours and every 20 minutes in slower hours. Riders would use park-and-ride lots and 18 transit stations along the route.

The Council of Governments is also pursuing its Regional Transit Framework Plan, which outlines five additional bus rapid transit lines. Residents can read the details online. Public comments are being accepted through July 6.

The proposed corridors would connect:

The five routes would feed into downtown Charleston and the original bus rapid transit line. A large facility would likely be built for riders to change buses; a location for that has not been determined.

“This is just one tool of a toolbox with many options to start to mitigate some of our traffic congestion and find ways to move through these corridors because we know we can’t widen the roadway,” Hollis said.

The Regional Transit Framework Plan also proposes two other routes, connecting Ridgeville and Charleston via Interstate 26; and Mount Pleasant and West Ashley via Interstate 526. Those buses would possibly operate on the shoulder of the interstates or in a managed lane; those plans are not yet being pursued.

Startup costs for bus rapid transit lines include syncing lights, securing rights to dedicated lanes, paving lanes and buying buses. The project then needs a sustainable influx of cash for operations, such as employing drivers and maintaining stations and buses. The COG would also have to determine whether CARTA would run the service or if another agency would be created.

Complete project costs and funding sources have not been determined. Hollis said she expects funding to come from county, state and federal sources.

“It is always challenging,” she said. “That’s part of the reason we work so hard to identify projects that can be successful so that we can compete. But we’re always looking for new and creative ways — through partnerships, through new grant opportunities — to fund these projects.”

Planners considered the region’s current and future needs, through 2040.

Other transit modes — including commuter buses, light rail and ferries — were studied. They are all part of the region’s long-range transportation plan and will be further investigated in the future, but Hollis said the current focus is on implementing bus rapid transit. 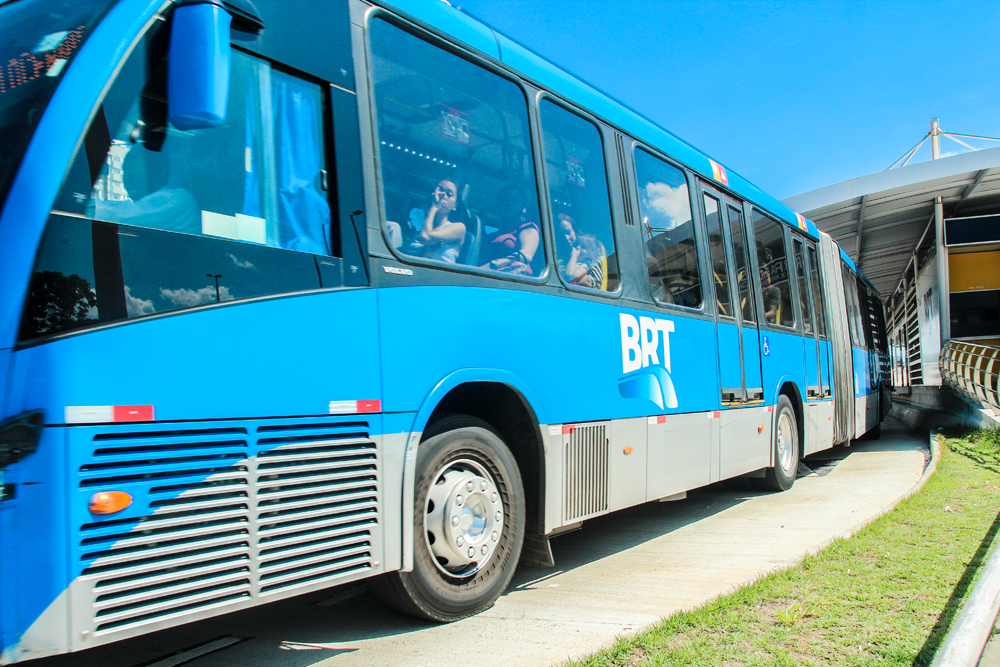 The routes were chosen after gathering public input, reviewing road studies and analyzing data, including on land use and the density of employers and households along the proposed transit lines.

Planners also considered the populations living near future stations who might have a greater need or desire for public transportation, such as households without vehicles, residents over age 65, young professionals not wanting to drive and those wishing to avoid paying for parking downtown. Planners studied current and projected rider data.

“For high-capacity transit to really be successful, you have to have density at the nodes where the stations are located,” Hollis said.

She said planning for the additional five corridors is ongoing. The hope is to begin construction in 2025, assuming funding is secured. She said ridership forecasts and cost estimates will dictate which of the corridors COG pursues first.

“We’re doing that groundwork today to have a plan, identify funding sources and figure out land use on those corridors,” Hollis said.

She said the bus rapid transit corridors can scale over time to meet demands as population changes; it could also evolve into light rail. She said the trick is to prepare but not over-invest before capacity is sufficient to support the infrastructure.

If the project becomes a reality, it also relies on a cultural shift within a population accustomed to getting in their cars — often by themselves — and driving to their destinations.

“Part of it is going to be an educational piece, especially with the first bus rapid transit corridor, because people don’t understand necessarily that bus rapid transit is different than a CARTA bus,” Hollis said. “It’s much faster and more permanent. It has dedicated stations. It operates a lot like a light rail does.”