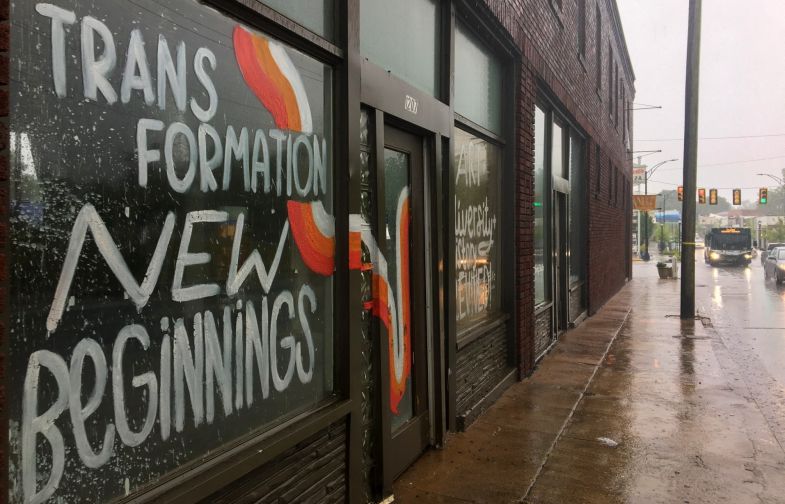 Artist's studios will continue to have entrances off the street but can also be accessed from an interior lobby. (Photo/Molly Hulsey) 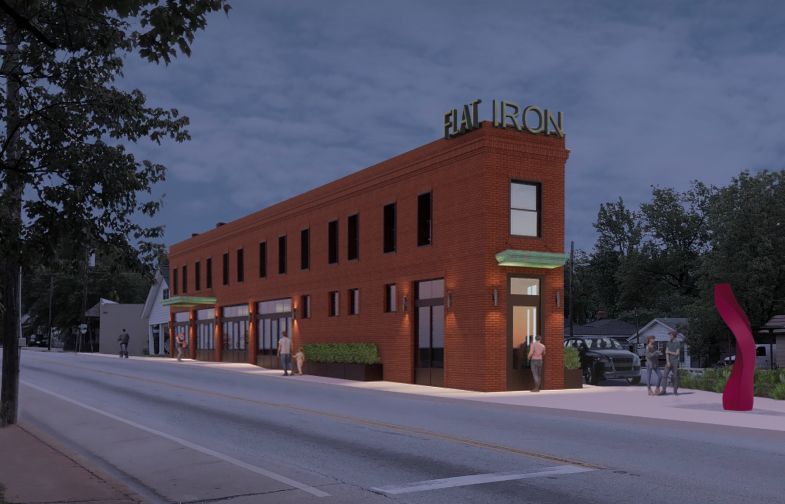 The Flat Iron renovation project is one piece in a public-private partnership driving new development in the West Greenville art district. (Rendering/Provided) 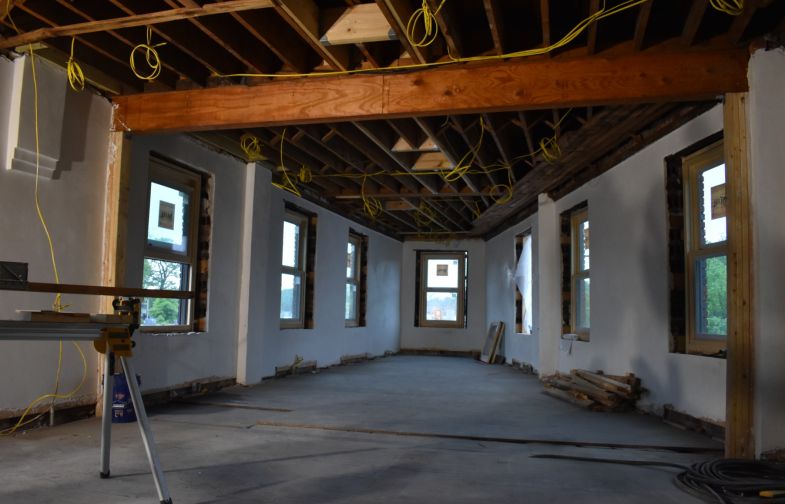 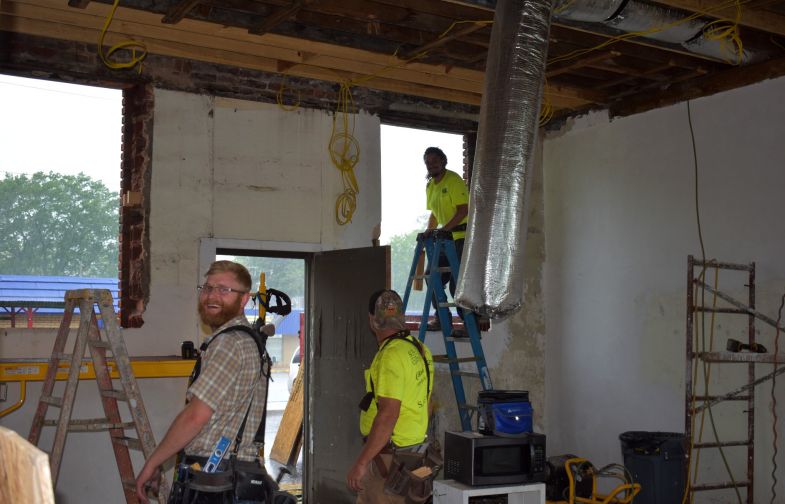 In mid-April, Southerland and his team prepared to install new windows in expectation that the interior of the Flat Iron renovation project will reach completion in July. (Photo/Molly Hulsey) 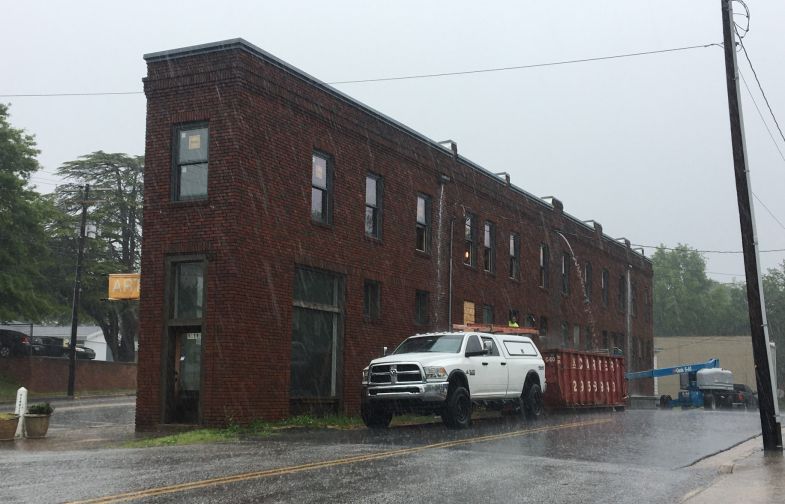 New York’s Flat Iron Building, designed by architect Daniel Burnham of 1893 World’s Fair fame, has drawn gawking Upstate visitors to Manhattan streets for decades — even as much of the building now lies vacant and under renovation.

Two years ago, Greenville’s 7,600-square-foot counterpart reeled in the attention of the Big Apple in a New York Times feature even before the historic art gallery underwent a facelift slated for completion this year.

“The triangular, two-story brick building on the corner of Pendleton Street houses the studios and galleries of the city’s most promising artists and craftspeople,” reporter Lindsey Tramuta said in the story.

The landmark will remain an incubator site for local creatives following its redevelopment, said Southerland Construction’s Devin Southerland, manager for the project, as he pointed across a dimly lit upstairs to the bow of the building.

The nook will be the future office of Katie Skoloff, owner of the building and interior architecture firm InSite Design, he said. Gesturing across the room, Southerland described the contemporary glassed-in offices that — if all goes well — will maze across the upstairs by this July, when the Flat Iron’s interior is slated to reach completion.

There have been a few setbacks caused by the pandemic, he said, but the public-private initiative — backed the city of Greenville as part of its West Greenville streetscape project — has been going strong.

Even on a day when storm drains could barely keep up with a wash of rainwater down Pendleton Street and thunderstorm alerts rang out across the state, Southerland and his team were perched on ladders inside the Depression-era brick interior, installing windows.

At this rate, Greenville’s Flat Iron project will welcome tenants back much sooner than its older sibling in Manhattan (its makeover set to conclude in 2022).

White is confident this project will proceed smoothly. Her team has renovated at least five historic buildings since the firm’s founding in 2016.

“You can see the vision right away — lots of natural light upstairs,” she said of Skoloff’s office at the point of the building.

As before, artists seeking out studio space in what Forbes recently called the “SoHo of Greenville” will be able to lease rooms downstairs once the construction crew freshens up the building’s crumbling and dingy facade.

“On the outside, you have these beautiful storefronts that go along Pendleton, and as they currently sit, they aren’t amazing,” the architect said. “You can just see the vision of what it would look like with being able to visually connect the interior and exterior of the building and just being able to use that sidewalk to connect more with the public way. So I was excited about being able to transform those and what kind of historical elements we could bring back to it with trim and molding and the canopies that would go over it.”

Shops and galleries will still have entrances directly off the street, she said, but the renderings show a curb and scuplture in front of the iron’s tip that will “signify the entrance” to a common lobby and art gallery. City renderings also predict a new sidewalk, street lights, wheelchair ramp and parallel parking spaces around the perimeter of the building with a crosswalk across Burdette Street to West Greenville Plaza.

“It’s just a little bit of a different kind of interaction with the space,” said White. “But it creates a unique opportunity to do things like display art and kind of really celebrate what the building is there for.”

This article first appeared in the June 14 print issue of GSA Business Report.