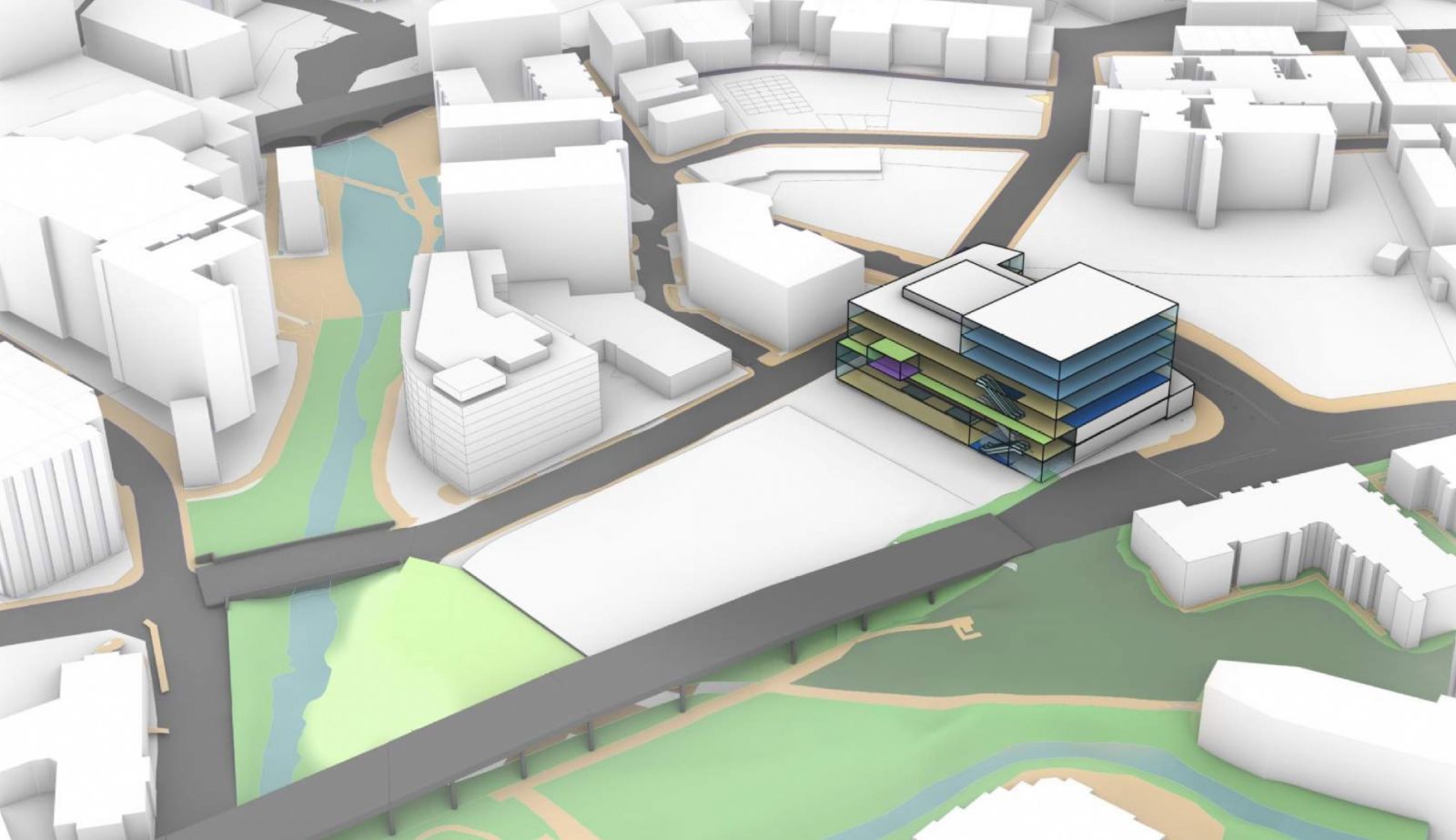 Editor's Note: This story first appeared in the Sept. 6 print edition of GSA Business Report. The first version of this story incorrectly stated the Greenville Conference Center would have 225,000 square feet of total event space in comparison to the Hyatt Regency's 14,381 square feet.

LS3P and LNM Architects are passing the torch back to the city of Greenville. What happens to an estimated $111 million downtown conference center is now out of their hands.

“We’re wrapping up the master planning phase this month,” Brian Tennyson, principal of LNM, told GSA Business Report at a public presentation of the plans for the center on Aug. 16 at the Greenville Water system headquarters.

After that, the strategy was presented during a council work session and remains under negotiation in a confluence of city leaders and developers Phil Hughes and Bo Aughtry, who donated the land to the city.

“How long that negotiation will take? Who knows,” Tennyson said.

In the meantime, options abound. One option nestles a five-level center against the intersections of Falls Park Drive and Academy Street and River Street. Another four-level option lies closer to the river at the north end of the seven-acre parcel.

“It’s really by looking at the scheme to the south, (one can see) that it offers a look at a little bit wider site and the opportunity to get the very best proportion inside the function of spaces,” John Edwards, principal of LS3P, said. “But at the same time, it creates both some challenges and opportunities in terms of what they would do with private development as it leads up to the river.”

The riverside option has an obvious appeal. But whatever part of the property is not used could become the site of an adjacent hotel, said Edwards. Or, if the developers so choose, the hotel could be built above the conference center, similar to the Aloft Marriott built above a city parking garage on North Laurens Street.

Tennyson said renderings presented during the meeting will probably end up looking very different from the final product, no matter which of the options the council takes.

Still, as it stands, the square footage of the project's event venue and supporting space (barring the museum), 103,000 square feet, dwarfs the event space provided by the second largest competitor, the Hyatt Regency’s 14,381 square feet, according to the study featured in the presentation from Aug. 23’s City Council work session.

Project components featured across the various renderings include a 25,000-square-foot primary event space for corporate events and exhibitions, a 10,000-square-foot banquet hall, 8,000 square feet of flexible meeting space and a total of 24,000-square-feet of pre-function space.  According to Edwards, the event spaces would be geared to host both virtual and live events.

An 80,000-square-foot museum and gallery featuring art from Bob Jones University and the current Greenville County Museum of Art has also long been part of the discussion.

“Economic development: that’s been the main focus of this project,” he said. “And what the conference center brings is outside money, if you will, that you’re bringing into the communities, and there’s really two pieces of that. People go to the conferences and they’re staying at hotels and they’re going to restaurants and all that, and that brings revenue generation, but they’re also leaving people with an understanding of this city.”

“The city is really excited about this project,” City Manager John McDonough said. “It’s the last undeveloped parcel on the Reedy River in downtown, and it’s really an important economic driver for the city. This has been six plus months in the making, and we’re still very early in the process right now.”