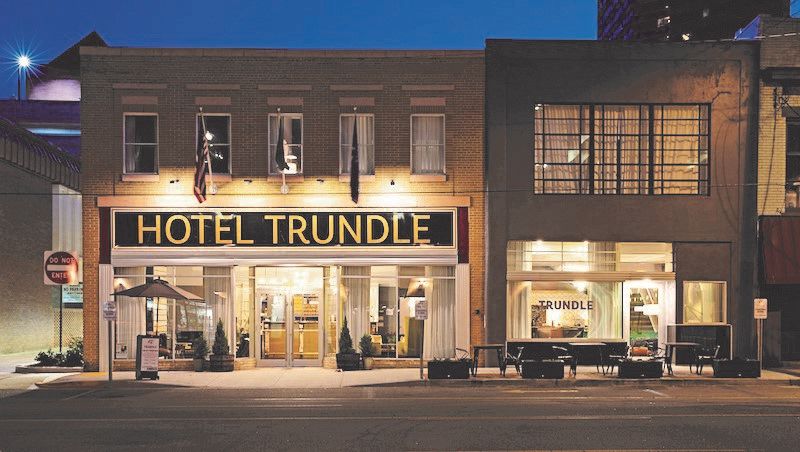 Hotel Trundle, recently named one of the top five best historic hotels in the country by USA Today, will now have its own day on the calendar.

Hotel Trundle, which transformed three vacant retail buildings at the corner of Taylor and Sumter streets, opened in April 2018. The project, in combination with the adjoining design of architecture firm Boudreaux’s new studio, was recognized by the S.C. Department of Archives and History, Preservation South Carolina, and the Office of the Governor with an honor award as part of the 2020 Historic Preservation Awards.

The 41-room hotel has also been featured in Southern Living magazine’s hotel collection, a curated list of 24 recommended hotels, inns and resorts across the South.

Hotel Trundle’s most recent honor was bestowed by a panel of hotel experts at USA Today, which ranked it No. 5 in a list of the country’s best historic hotels for 2021. Each of the top 10 selections “has witnessed a great deal of history, and each has held true to its historic roots and unique sense of place,” according to USA Today’s website.

Historic Hotel Bethlehem in Bethlehem, Pa., once the site of a convalescent home for World War I soldiers, was named the top historic hotel by the publication.