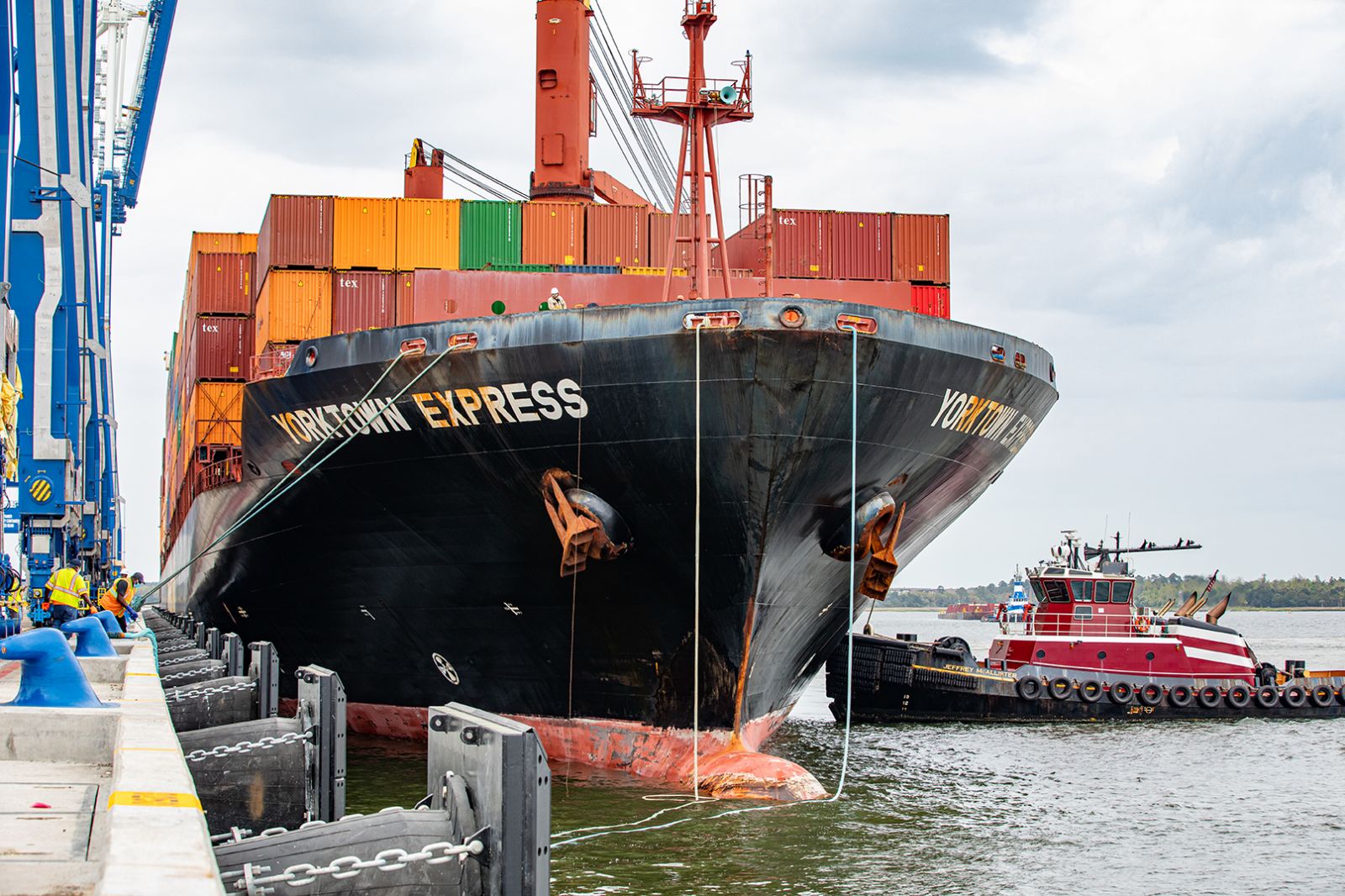 Nearly twenty years in the making, the Hugh K. Leatherman Terminal is open for business.

On Friday, April 9, the North Charleston terminal welcomed its first container ship, the Yorktown Express, which unloaded around 1,000 containers, many filled with automotive cargo. The 3,237 TEU containership is owned by Hapag-Lloyd USA LLC and homeported in Yorktown, Va.

The HLT, which sits along the Cooper River, is the first terminal to open in the U.S. since 2009.

Gov. Henry McMaster said in a statement that the Leatherman Terminal opening is a significant achievement highlighting South Carolina’s strengths and he congratulated all those who worked on the project.

“The Hugh K. Leatherman Terminal is an investment in the future of South Carolina that will spur economic development, create jobs, and further our state’s position as an international business destination for years to come,” McMaster said.

Friday was a busy day at the Leatherman Terminal. S.C. Ports Authority workers gathered on the wharf throughout the day to watch the Yorktown Express glide under the Ravenel Bridge and tie up at 3 p.m. for a quick overnight unloading. 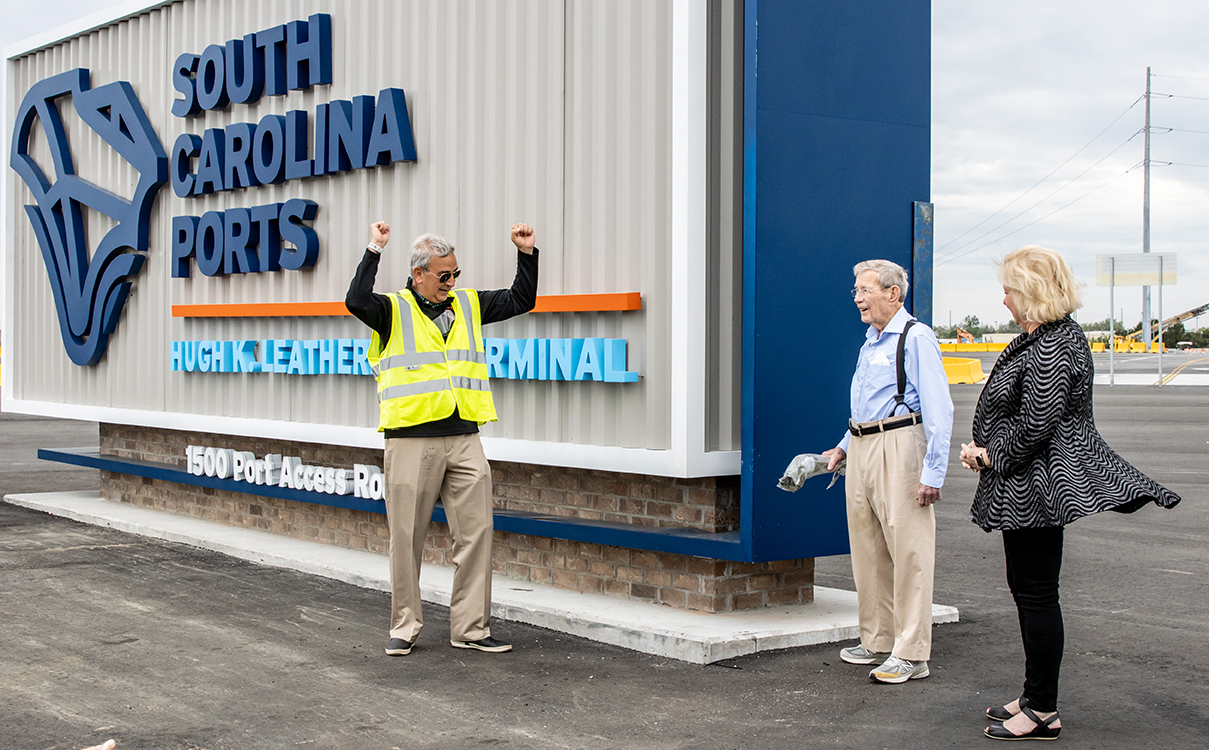 SCPA President and CEO Jim Newsome said the terminal is coming at a time when the industry urgently needs the capacity. In March, SCPA had an all-time cargo record with a 50% year-over-year increase in loaded imports.

“It’s a good day. This is a signature day in the history of this port… This is going to take us into the future in a way that no one can even imagine,” he said Friday evening.

The HLT opening was capped with a christening ceremony as the terminal’s namesake, Sen. Hugh K. Leatherman of Florence, joined by his family, cracked a bottle of champagne across the terminal’s welcome sign.

“This is mind boggling. I can’t even comprehend what I’m seeing here,” Leatherman said, adding he would remember the monumental moment forever.

S.C. Ports Authority COO Barbara Melvin said the opening was a moment culminating after many years and a lot of planning and work.

“It’s somewhere between a bundle of nerves and maybe a couple of tears of joy, that kind of thing,” she said. “It’s pretty amazing when you can deliver a more than billion dollar project one day earlier than you said — and just slightly under budget.”

Lucy Terza, engineering project manager, and her fellow engineers credited the work of thousands who had a hand in the project and genuinely believe in the port’s mission.

“I’m just proud and grateful proud to be a part of this team and help this come to fruition. And really grateful to be able to serve the people of South Carolina,” Terza said. “This is who it’s for. It’s for people to live in South Carolina.”