Once Chanda Jefferson entered the classroom, she knew she wasn’t leaving.

Jefferson, a biology teacher for grades nine through 12 at Fairfield Central High School in Winnsboro, was honored as the 2020 S.C. Teacher of the Year during a ceremony Thursday at the S.C. Statehouse. 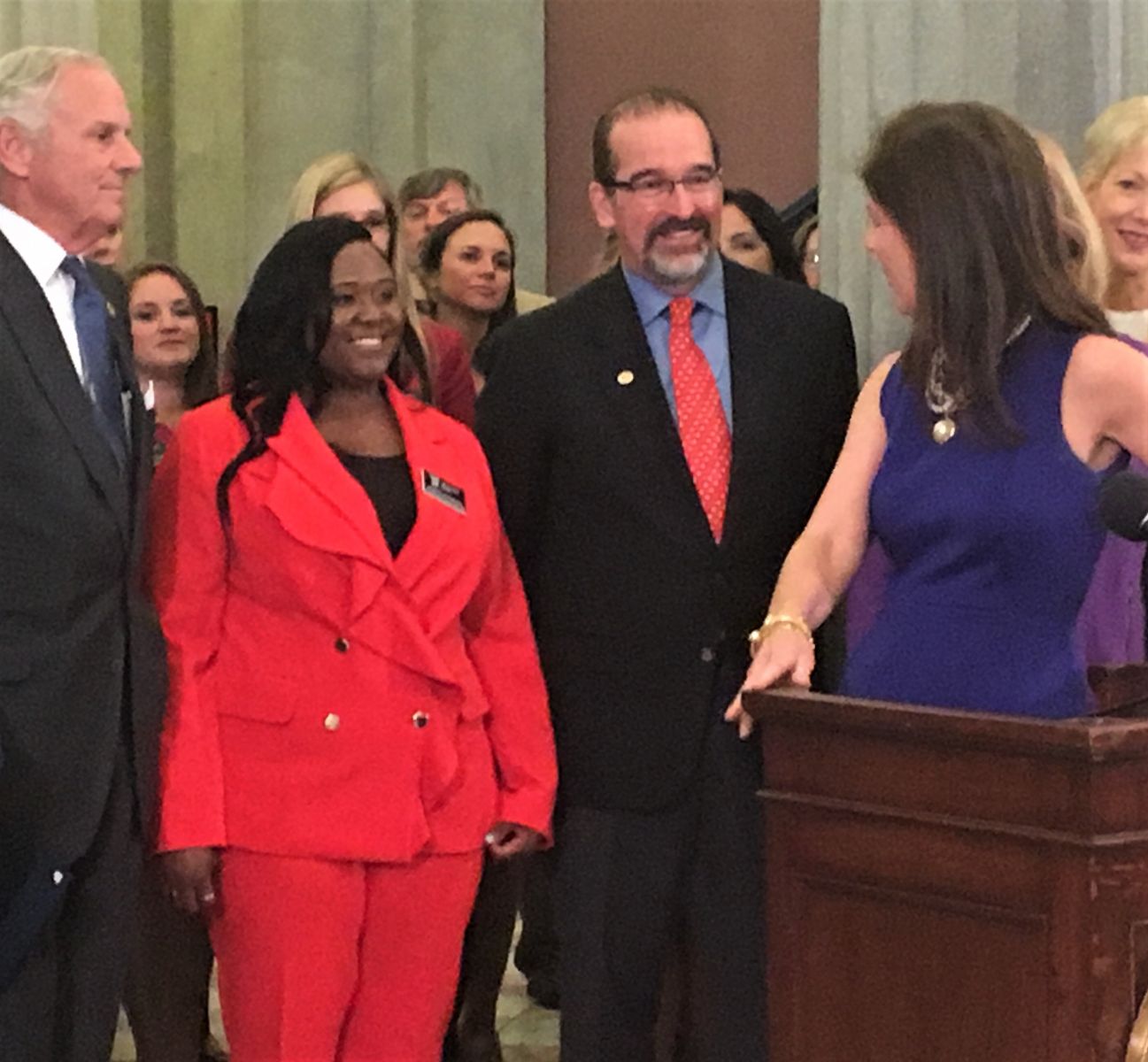 Education, however, was not always her career path.

“I’m a biological sciences major, so I thought that I was going to go into the medical field or into a research lab, because I enjoy being a researcher,” Jefferson said. “I enjoy scientific research.”

That path diverged when she began tutoring high school and elementary students.

“The students were engaged,” Jefferson said. “They were excited about learning in these classes, and I was like, ‘Oh my gosh, this is my calling.’ I couldn’t walk away from teaching.”

After getting a master’s degree in education from the University of South Carolina to teach secondary science, Jefferson has been in the classroom for eight years. The students that first drew her to teaching are what has kept her in a field struggling to retain educators.

“Building the relationships with my students and engaging them in science every day” is her motivation, Jefferson said. “I believe that gives them access to opportunities, and I look forward to molding them for their future.”

Jefferson, announced as the winner among five teacher of the year finalists at a banquet Wednesday night, was flanked by S.C. Gov. Henry McMaster, who proclaimed May Teacher Appreciation Month, and S.C. Superintendent of Education Molly Spearman.

“The impact of a teacher on a student’s academics can never be measured,” Spearman said. “There are very few professions that can have the tremendous impact on the future leaders of South Carolina and our nation like these teachers do every day.”

Jefferson was also surrounded by a crowd of educators and supporters wearing red, a color that swamped the Statehouse last week when an estimated 10,000 teachers marched to demand education reform.

The teachers voiced concerns including salaries that lag behind the national average — ranking 36th in the nation in 2016, according to National Education Association numbers — and a lack of supplies that leave them scrounging in their own pocketbooks to equip their classrooms.

McMaster’s executive budget, outlined in January, included a 5% pay raise for S.C. teachers, while initiatives such as USC’s Carolina Teacher Induction Program provide resources to combat a flow of teachers leaving the classroom that reached 5,300 after the 2017-18 school year.

“I feel like there’s a lot of support for the education community,” Jefferson said. “People are listening to our voices. They see that we’re talking about struggles and our students’ struggles and the different things that we need as teachers. I think as they notice, things will begin to change.”

Jefferson received $25,000 and a BMW to use while traveling the state as a roving education ambassador for a year.

“I just look forward to celebrating the teachers in our state and encouraging them to use their voices to talk about the classrooms and celebrate the great things that are happening inside our state in education,” Jefferson said. “I say it time and time again: There’s magic happening in the classroom across South Carolina, and I just want that to be showcased this year.”

The other teacher of the year finalists were: