University of South Carolina president-elect Robert Caslen said “it’s time to move forward” after the controversial board of trustees election Friday that made him the university’s 29th president.

At a news conference at the USC School of Law Monday, Caslen addressed the issues that arose when the board of trustees abruptly called a meeting to vote on Caslen as president after deciding not to offer him the job three months earlier. 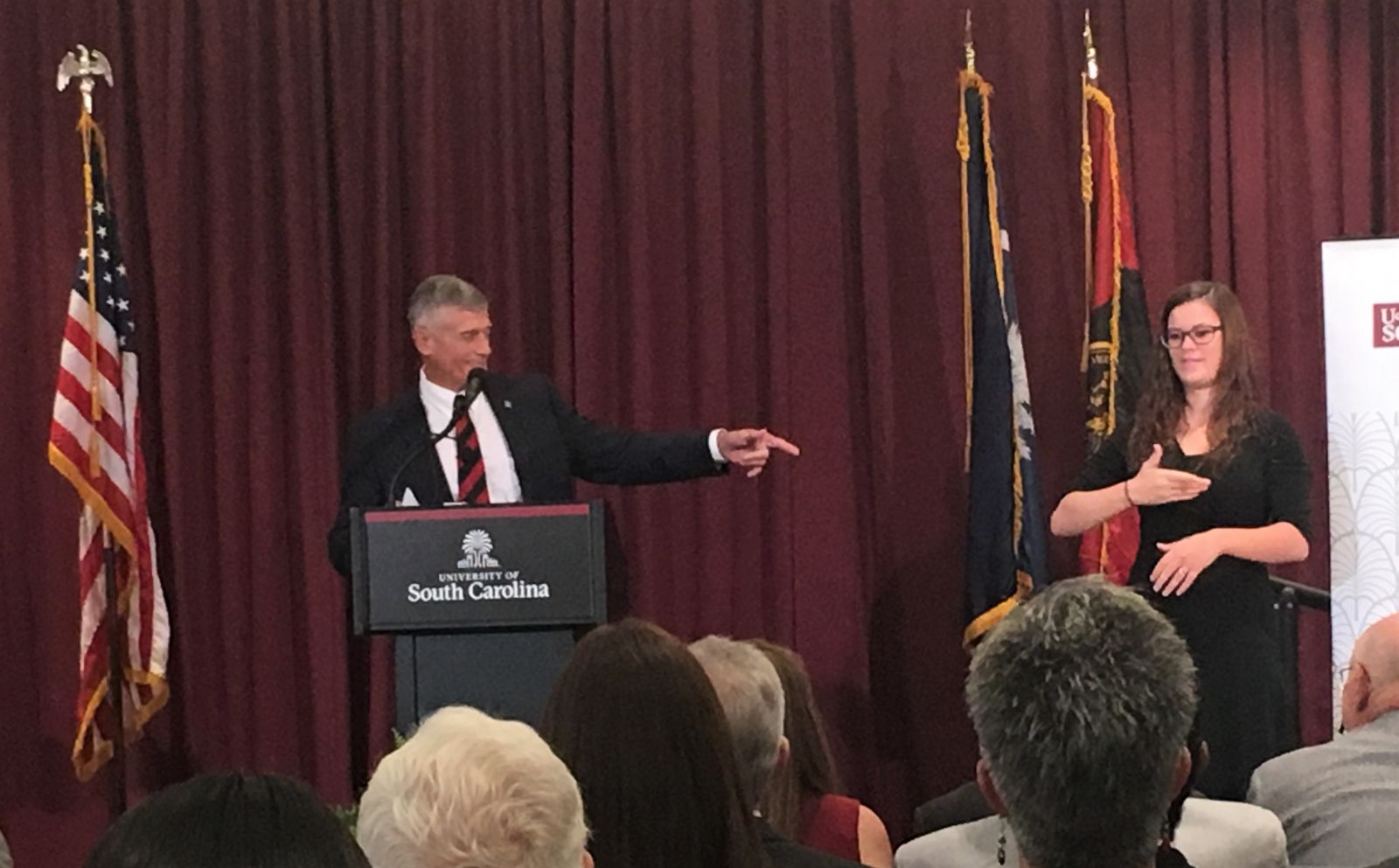 Caslen was one of four finalists named by a selection committee, but the board decided in April to reopen the search process. Some students, faculty and community members felt the finalists, all men, were not diverse enough, and Caslen was the only contender with experience leading an institution of higher learning.

“We learned a lot,” Caslen said. “I’m sure the board learned a lot. I learned a lot. The University of South Carolina community learned a lot through all of this. And I think it’s important to look at the lessons and to learn from them and to make the appropriate changes and to now move forward. And moving forward, we move forward together. “

A group of students, faculty, alumni and community members held two news conferences and demonstrations before the vote, expressing their frustration about the process. An initially scheduled board meeting was canceled by a court injunction the week before Friday’s vote because the board did not provide the five days’ notice required by state law.

When Friday’s vote was announced, about 100 students, faculty and community members chanted “Shame!” outside the meeting room.

Caslen, a retired lt. general and former West Point Military Academy superintendent, said the opposition to the vote did not deter him from wanting the job. Caslen said he was a few days away from signing a contract at another institution when he heard about the vote.

Caslen said he wanted the USC job because of the students, “young men and women, students at the University of South Carolina and the aspiring graduates who will go back into their communities and to do something better for themselves,” he said. “I kept coming back to the students. I kept coming back to wanting to serve, to provide the conditions for their success. And that was stronger than resisting some of the challenges. I’ll take the challenges. … but the desire to serve and the desire to serve students at the U of SC was drawing me back more than anything else.”

Caslen said after being offered the job Friday, he revisited comments opposing his selection stemming from an April meeting with students.

“Any inflated opinion I had of myself was quickly deflated,” he said, explaining he learned that he has to be more thorough in expressing his thoughts.

Caslen, who met with students Monday morning, plans to start work Aug. 1 and attend campus events such as a community welcome and a hip-hop appreciation event. He also plans to visit Five Points bars to talk to students in what he described as “management by wandering around.”

Caslen, who said his greatest West Point pride was helping Army figure out how to beat Navy after 14 years, said he expects the Gamecocks will once again best Clemson during his tenure. The Tigers have taken five straight games in the state rivalry from the Gamecocks after losing five in row from 2009-2013.

After prior commitments overseas in September, Caslen will return for one of the biggest days on the Gamecock football calendar: a home rematch with Alabama on Sept. 14. The last time the Gamecocks hosted Alabama, they upset the top-ranked Crimson Tide 35-21 in 2010.

"I defintely want to be back on Sept. 14, when the University of Alabama comes to play,” Caslen said.