The team beat 25 schools to advance to the finals, where it will compete in a contest designed to simulate industry-specific cyber-attack scenarios.

“We’re a very small campus and we’ve had to compete against some really big colleges,” Jonkers said. “We’ve gone against Stanford and a few of the really big ones, and for us as a small college, without all of the additional resources some of the other colleges have had, for us to be able to place second in a qualifier is really important to us.” 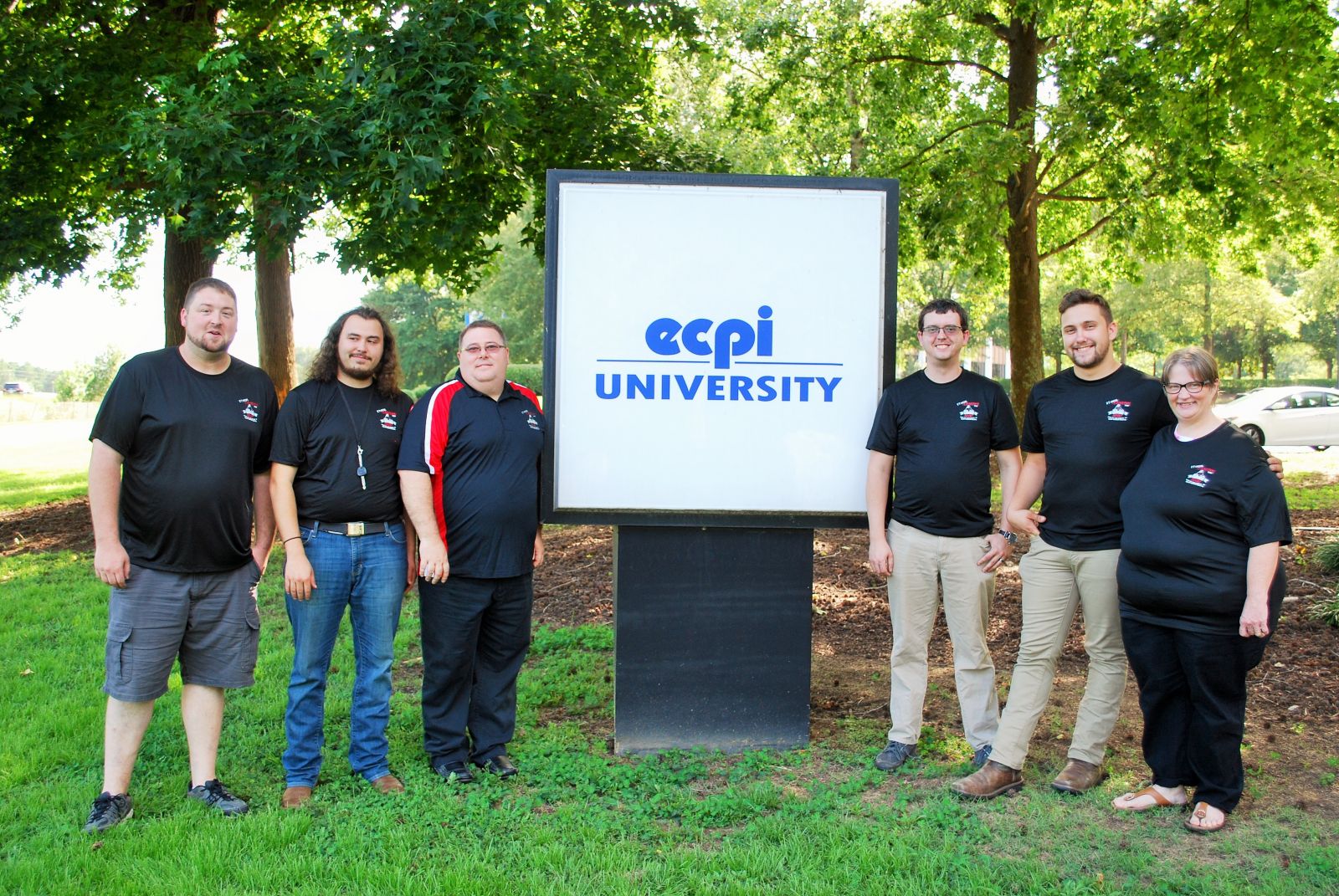 The students say the practical and problem-solving skills they are learning during the competition will help prepare them for careers protecting the sensitive data of South Carolina companies. ECPI University Columbia campus president James Rund said the cybersecurity industry will need to fill an estimated 3.5 million cybersecurity jobs by 2021.

“ECPI University is preparing graduates for the job sector of the future,” Rund said. “Competition and hands-on training is one way we help our students prepare for their future careers.”

“Due to the complexity and nature of this competition, we’re learning the full spectrum of what we might actually come across in the IT realm,” he said. “We learn from enumerating systems, just understanding a network going in dark, to figuring out all different forms of credentials and securing an environment, hardening it. This is essentially what the competition entails.”

The first part of the competition is a written test. If competitors pass the test, they then progress to cases and missions based on live fictitious scenarios. Some missions take one hour, while some can take as long as 48 hours.

Like Richards, the other members of the team are looking forward to using what they’ve learned to protect Midlands businesses from cyberattacks.

“The skills that we learned, we can really help out Columbia in upgrading their systems,” Alexander said.

Students are using the most up-to-date technology available, and adapting as that technology is updated, to address real-life scenarios involving hacking threats. They have access to technology used by government, military and law enforcement agencies.

Flanery said Midlands-area businesses don’t have to look far to find a potential employee who can protect their IT systems. The team coach said that talent is in employers’ backyards.

“This competition, the system that we’re using, most of your government entities use it as a training program,” Simmons said. “So I’m hoping that with all of learning and getting the knowledge of how to use this program that we’ll be able to get government jobs or contract jobs.”

Knorr said the everyday applications of the skills being learned are endless.

“We’re getting to the point where anything with a plug can be hacked,” he said. “So by using what we’re learning for these different competitions that we’re doing, we are learning how to secure these different devices in a workplace such as Columbia.”

The ECPI team has experience with real-world applications of various sorts, as the team includes parents with full-time jobs.

The Wicked6 Cyber Games are being held at the HyperX Esports Arena Las Vegas at the Luxor Hotel and Casino. The competition is hosted by national nonprofit Women’s Society of Cyberjutsu, which encourages women to pursue and supports their advancement in cybersecurity careers.

“We came across this event, and we’ve given it our best shot,” Pearson said. ”And we’re proud of where we’ve come as a team and where we’re going.”

Update: The ECPI team came in second place. They came within 1.5 points of winning the championship.