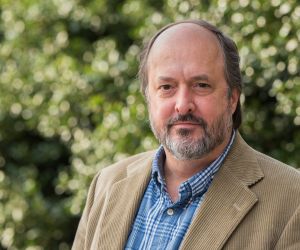 The College of Charleston has closed its School of Professional Studies.

The College of Charleston’s board of trustees voted to dissolve the school at the recommendation of CofC President Andrew T. Hsu, according to a statement Hsu released to the college community.

The purpose of the school was to establish and deliver new programs and to position it as an option for adult learners and nontraditional students throughout the Lowcountry, Hsu said in the statement.

“Unfortunately, despite the best efforts of many, the SPS has not generated the sustained revenue and enrollment growth we desired, and the college can no longer justify continued investment in the stand-alone structure of the school,” Hsu stated.

As part of the decision, the college will no longer lease the North Campus building in North Charleston. The college’s membership in the Lowcountry Graduate Center, which was administratively housed at the North Campus, will continue, Hsu said. The graduate center is in discussions regarding a new location, according to director Nancy Muller.

Hsu said he made the “very difficult decision” to recommend that the school be discontinued as a separate school and that its existing programs — Bachelor of Professional Studies, Bachelor of General Studies, Continuing Education and English Language Institute — be incorporated into other areas on the college’s main campus. The students in these programs will be supported by the various schools overseeing the courses, he stated.

Acknowledging that any closure of a program leaves a feeling of loss, Hsu said, “As the college begins to implement its new strategic plan, we must recognize that achieving our shared vision of becoming a national university will require us to continually look inward, ask tough questions and make strategic choices that, in the short term, may sting, but in the long term may be necessary for us to remain viable and relevant in a highly competitive and rapidly changing world.”