The Citadel welcomes G3 as its new mascot

As cadets return to The Citadel for the 2020-2021 academic year, they’ll notice one new face in particular — albeit a rather wrinkly one. The Bulldogs have a new mascot, Gen. Mike D. Groshon, or G3 for short.

The 15-month-old English Bulldog was publicly introduced on Aug. 10 during the Class of 2024 Oath Ceremony.

G3 follows in the stumpy footsteps of Boo X, The Citadel’s other living mascot, who will retire to “mascot emeritus” in the fall. 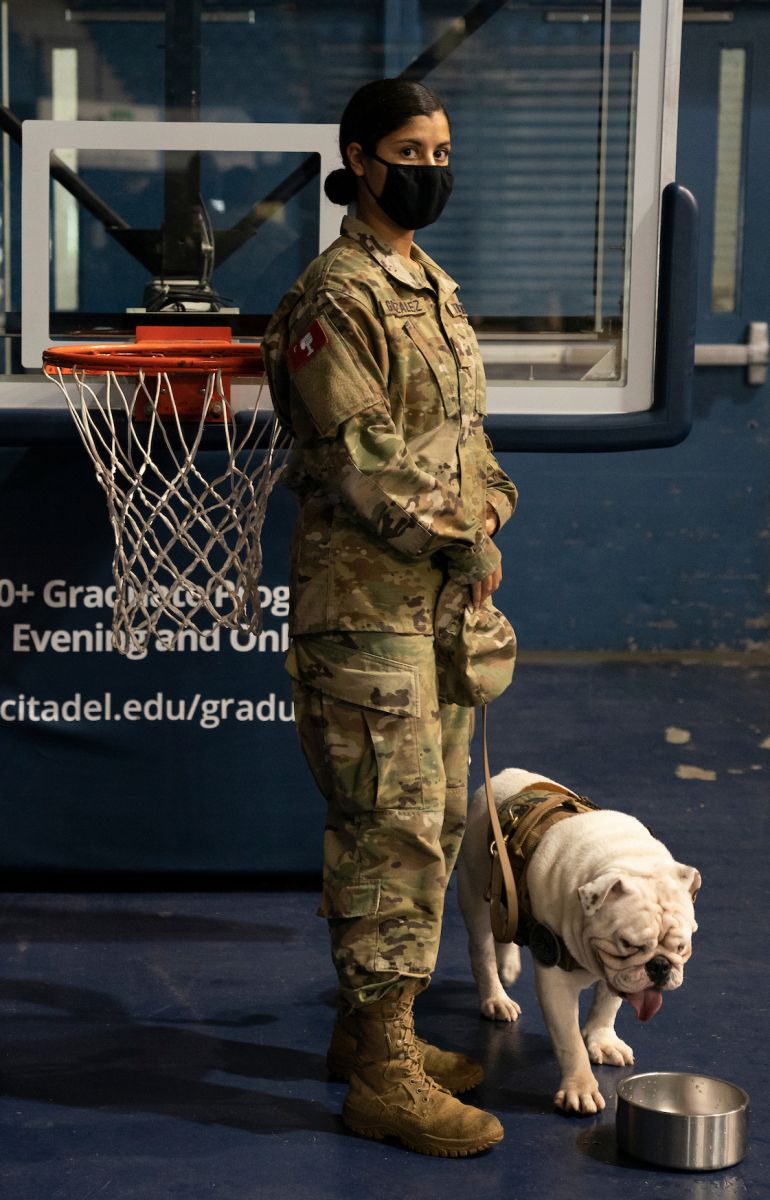 Cadet Sienna Gonzalez, a sophomore biology major and one of six members of the Mascot Handling Team, said everyone loves when G3 walks around campus.

“Every time we’re walking, 10-15 people stop us to ask to pet him. They get excited. That’s the point — to get everyone excited and boost morale,” Gonzalez said. “It’s a tough time to be back on campus, but he’s really boosting morale and making people happy.”

It was as recent as 2003 that The Citadel had its first live campus mascot — despite the school being called the Bulldogs since the early 1900s. The moniker caught on after a newspaper article that said the football team was playing with “the tenacity of a bulldog.” From then on, alumni brought their own bulldogs to the game in support.

General, became the first live Citadel mascot in August 2003. He was followed by Boo IX in November and, upon their retirement in 2013, General II and Boo X stepped up to the role.

The newest mascot to join The Citadel was named after Coach Mike D. Groshon, a 1976 alumnus who had cared for the mascots since 2003. He died in 2016. Dr. John Bradford, a local veterinarian who graduated from The Citadel in 1977, chose the name after donating G3 to the school. 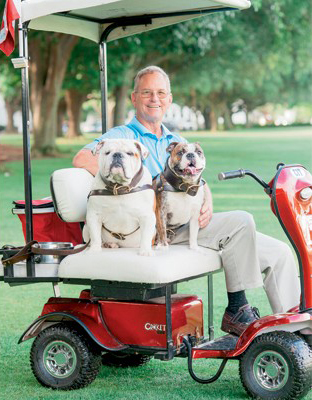 “Right now, we’ve been setting up the memorabilia and trophy room area for him and for Coach Groshon,” Gonzalez said. “That room will be a visiting point for all alumni and important visitors to the school. We’ll be showcasing him and Coach Groshon to make sure he gets the recognition he deserves.”

Since Groshon’s death, retired Lt. Col. Kevin Dougherty has overseen the mascot program and the cadet handlers, who have become much more involved.

Two cadet captains oversee the Mascot Handling Team along with four more cadets for the 2020-2021 academic year. Two juniors serve as master sergeants and focus on administration and logistical support, and two freshmen serve as corporals and focus on the daily care and handling of G3, Dougherty said.

Gonzalez, who has four dogs at home, said working with G3 was a dream position within the Corps of Cadets. She said living with him and taking care of him was a privilege.

“It was very competitive. I’m so excited,” she said. “It’s an honor, and I know a lot of cadets would like to be in my place.”

As the pandemic permits, G3 will be out and about, making public appearances at events. Gonzalez said G3 is about 70 pounds of chubby, wrinkly cuteness.

“Right now we’re just getting him ready for the school year,” she said. “Hopefully by springtime we’ll get football back and can show him off to everyone.”

Excellent piece of writing and welcome to General. Great luck to all this school year.