COLUMN: Why Summerville is overhauling its zoning ordinances

For the past two years, Summerville has engaged consultants and staff in a project to overhaul our zoning ordinances. The intent is to clarify, simplify and rationalize the town’s expectations for homeowners, builders and developers who want to build new residential and commercial properties.

The challenge we face is to strike the right balance between inevitable growth and preservation of what makes our historic town unique. We also must address two issues that have risen to the forefront in recent elections: traffic congestion and flooding. 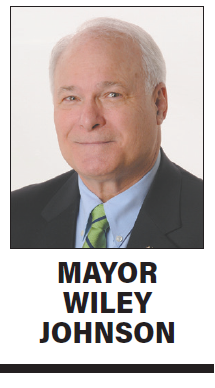 Implicit in the model employed by the Stantec consultants is the concept of “build up, not out,” a concept that has been applied in other surrounding townships like Mount Pleasant and West Ashley. In other words, look for opportunities to increase inner town density and building heights, infill empty parcels and encourage pedestrian foot traffic over cars.

To accomplish these objectives, staff has identified our downtown and “urban corridors” like North Main Street and Old Trolley Road as appropriate for increased heights, mixed commercial and residential buildings, reduced setbacks and reduced parking. For example, our most central downtown blocks could be built to six stories. Zoning in other residential and commercial areas would remain very much the same as under current code.

When the draft Uniform Development Ordinance was rolled out in public hearings recently, some elected officials and citizens expressed concerns about the central concept of the model that called for higher density, with expanded lot coverage of impervious surface and reduced parking, as insensitive to our traffic and flooding problems.

Others have noted that the proposed design standards are “cookie cutter” and would make many of our historic structures “noncompliant” after adoption. Still others say the increased heights downtown and along the urban corridors are unwelcome in a town that defines itself as a “small and charming southern town.” Other longtime businesses might become noncompliant if they had to move their building due to road construction.

I believe that the UDO could improve our zoning ordinances, but we must be careful. We must proceed slowly and engage the public in this very complex issue to achieve consensus.

Clarifying and simplifying our zoning ordinances will save builders and property owners both time and money. While increased density and growth is inevitable, we must be sure it is located appropriately to avoid the unintended consequences of increasing our traffic and flooding problems.

We should learn from the mistakes of surrounding Lowcountry towns that are now “unwinding” their density and height allowances. I am not convinced these are appropriate for our downtown, especially in our Historic District.

It seems more appropriate closer to the perimeter of town near Interstate 26 and the Oakbrook area. As the public vetting process continues, I encourage all interested and affected parties to read the UDO document on the town website and become engaged in improving its recommendations.

Find it on our website, by clicking this link or looking for the Unified Development Ordinance under Departments/Planning & Economic Development. I welcome your feedback via email or at 843-607-0872.

Wiley Johnson has served as the mayor of Summerville since 2015. Johnson has a bachelor’s degree from the University of Georgia and piloted C-141s for the Air Force in Charleston before becoming a commercial airline pilot for Eastern Airlines and Continental Airlines.