As an experienced economic developer, Johnson assumes the position previously held by Gregg Robinson, according to a news release from the development commission. He will begin the new role on Jan. 17, 2023.

Johnson has served as the director of Economic and Community Development for the city of Greenville since 2020, the release stated. As OCDC’s executive director, he will provide strategic leadership on complex economic development projects and issues; implement recruitment programs for new business and industry; and work with industry representatives to develop competitive incentive proposals for new projects, the release stated. 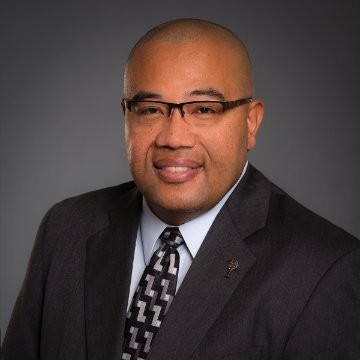 Johnson will serve as the fifth appointed executive director for OCDC since its founding in 1959.

Johnson holds a bachelor’s degree in math and computer science from the United States Coast Guard Academy; is a graduate of the Oklahoma University’s Economic Development Institute, a three-session advanced leadership program accredited by the International Economic Development Council; and is a Master Practitioner of the Advanced Economic Development Program (AEDL), a prestigious executive program designed specifically for mid to senior level economic developers, the release stated.

“It is a very exciting day in Orangeburg County as we announce our new Executive Director for the Orangeburg County Development Commission, Merle Y. Johnson,” Johnnie Wright Sr., Orangeburg County Council chairman, said in the release. “There have only been only four former Executive Directors in the nearly seventy years of OCDC history and we look forward to Mr. Johnson building upon the many successes and extensive planning that is already in place. Merle is a natural selection for this role and this community and we are excited for the new opportunities ahead.”