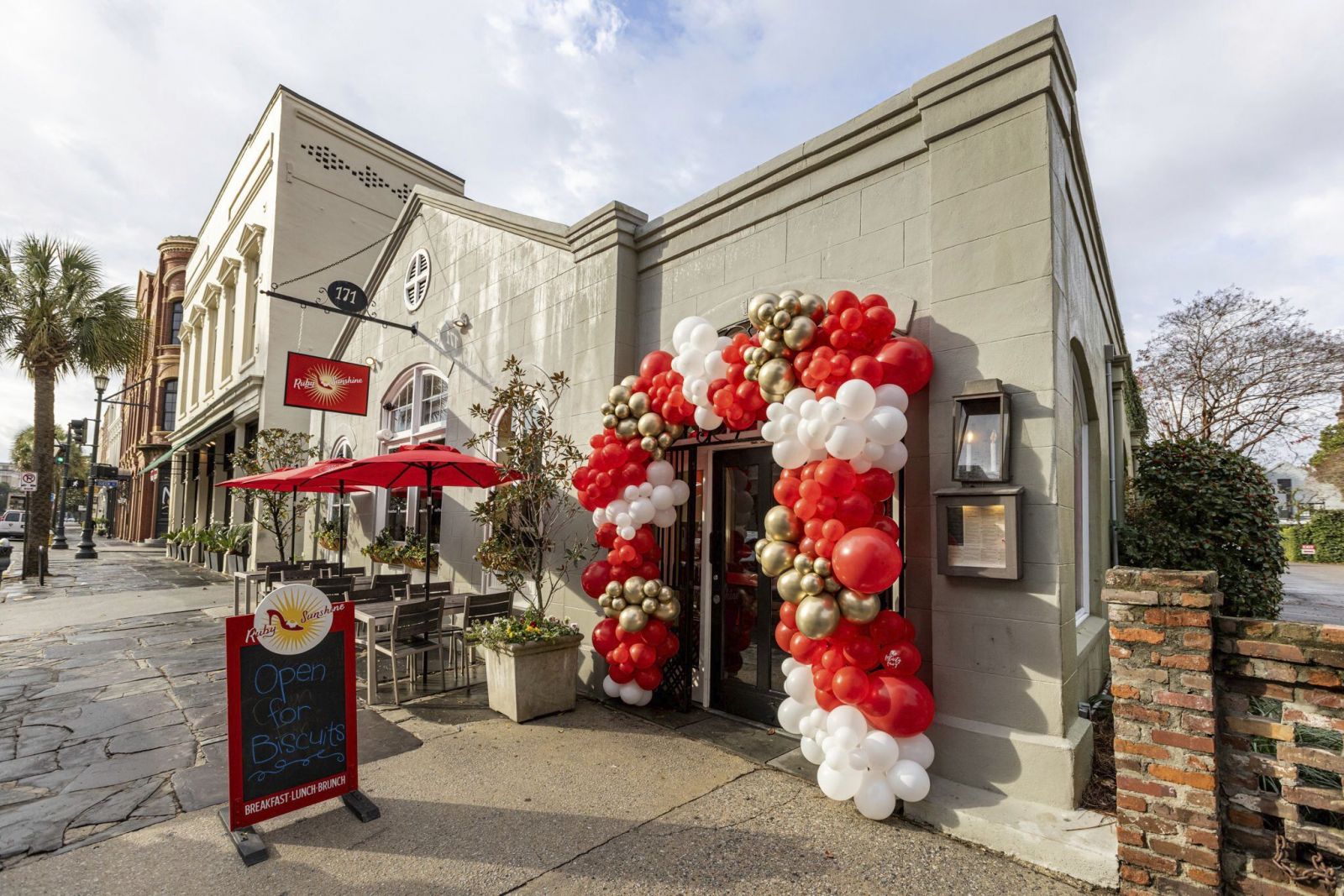 Brunch is no longer just limited to the time between breakfast and lunch.

With the opening of Ruby Sunshine this past Wednesday where the restaurant, Blossom, used to be on East Bay Street, brunch options are available all day, seven days a week.

This new restaurant comes to Charleston all the way from New Orleans-based Ruby Slipper Restaurant Group, which is partnering with Lowcountry Food Bank in recognition of National Giving Month.

On Wednesday night, the hospitality group presented $4,720 to the food bank – funds raised at the restaurant’s preview events.

Throughout December, $1 from every order of wintertime special hot honey ham and greens benedict also will be donated to the Lowcountry Food Bank.

“With Charleston being recognized as one of the top dining destinations in the Southeast, we could not be more excited to introduce the historic city to our New Orleans flair,” said Peter Gaudreau, CEO of Ruby Slipper Restaurant Group, in a statement. “We hope Ruby Sunshine becomes a place for the locals to drop in regularly and for visitors to uncover as a delicious stop throughout stay in the Lowcountry.”

Within its 5,295 square feet that can accommodate 170 guests, plus 30 on the outdoor patio, Ruby Sunshine will serve brunch items, such as benedicts, pancakes and French toast, as well as house cocktails.

The downtown location is one of nine Ruby Sunshine restaurants that Ruby Slipper Restaurant Group has pioneered since its inception in 2008, in addition to 11 locations of affiliated restaurant Ruby Slipper Cafe.

Plans are already in motion to create a second location in the Lowcountry, with another storefront opening in 2022 in West Ashley’s Avondale neighborhood.

Future plans also include partnering with local farmers and purveyors in South Carolina to bring fresh ingredients to the table, according to a statement.