Blackbaud (probably) has highest salaries in the state 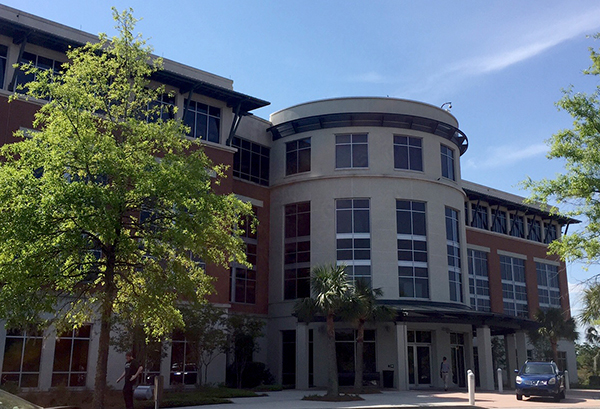 Don’t let the headline completely sway your thinking about your own employer, but among publicly traded companies, Blackbaud’s employees have one of the highest median wages compared to other companies headquartered in South Carolina.

Before you dust off your resume, you might want to look at the second-highest paid employees just up the road at Ingevity Corp. in North Charleston.

Employee pay and CEO salaries have been making news lately because the Securities and Exchange Commission recently instituted a rule change under the Dodd-Frank Act that requires companies to disclose executive pay compared to employees.

You can look up the individual filings on the Edgar database, but the AFL-CIO (yes, the union) put together an online tool that pulls those records together and allows you to sort them by state if they appear in certain stock indexes.

Using that online tool, for example, we know that in 2017 Blackbaud’s CEO, Michael P. Gianoni, made nearly as much as the highest-compensated CEO at a publicly traded company in the Palmetto State when you figure in stocks and other compensation.

But that distinction went to Jack Sanders, who led Sonoco Corp. in 2017 and retired in April. The Hartsville company is now led by former COO Rob C. Tiede. But in the SEC filing, Sanders made $8.83 million a year, and Gianoni pulled in close with $7.99 million. Again, that includes stock, cash and other incentives.

However, the overall wage data can be misleading for a state like South Carolina, which has very few publicly traded companies, but a ton of private companies … which are, of course, private, and don’t have to disclose pay under Dodd-Frank.