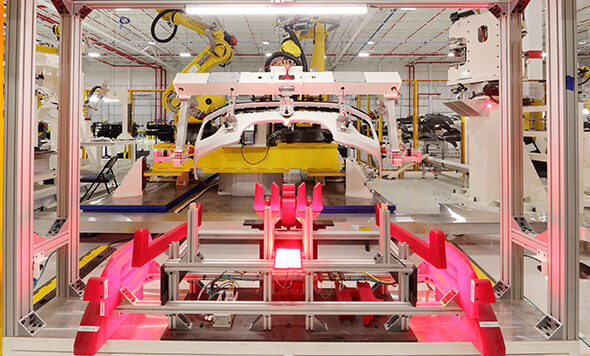 Levallois Cedex-headquartered Plastic Omnium plans to invest $17.7 million in its 5100 Pearman Dairy Road location to ramp up for the production of bumpers and tailgates for General Motor’s new Lyric electric vehicle.

“With over a 25-year presence in Anderson, S.C., Plastic Omnium is happy to announce further investments and jobs,” Patrick Le Garrec, Plastic Omnium’s president and CEO for the Americas, said in a news release. “It underlines the attractivity of the automotive business in South Carolina, the growth of Plastic Omnium and its long-term commitment in this region — strengthening the group’s relationship with its customers.”

The company also will upgrade existing injection molding machines and paint lines with the addition of new equipment in an expansion projected to create 76 jobs. The expansion is expected to reach completion by February 2022.

“Plastic Omnium has been a mainstay here in Anderson for many years now,” Anderson County Council Chairman Tommy Dunn said in the release. “Their $17.7 million expansion and 76 new jobs they bring with this announcement shows why we are glad they continue to make Anderson their home, and it also shows their confidence in the quality of our workforce.”

Founded in 1947, Plastic Omnium designs and manufactures complex and interactive body systems as well as emission reduction and energy storage systems for the automotive industry. The company has more than 31,000 employees and operates in 25 countries with 131 factories and 25 research and development centers, according to the release.

“This recent surge by South Carolina’s automotive industry to increase electric vehicle production continues to make a positive impact in our state and our environment,” Commerce Secretary Harry Lightsey said in the release. “I offer my congratulations to Plastic Omnium for expanding in Anderson County, and I look forward to continuing this partnership for many years to come.”