Thirty-two new jobs and $7.2 million invested in the site are just the beginning, he said.

“A lot of jobs are going to come into this facility over a long period of time because the air cargo industry just keeps growing and we’re going to grow with it,” he said. “I predict that within five years we will be in almost all of the top 100 airports in the world. This place will probably have three shifts going on and we’re going to have to blow out the back wall for another 25,000 square feet.” 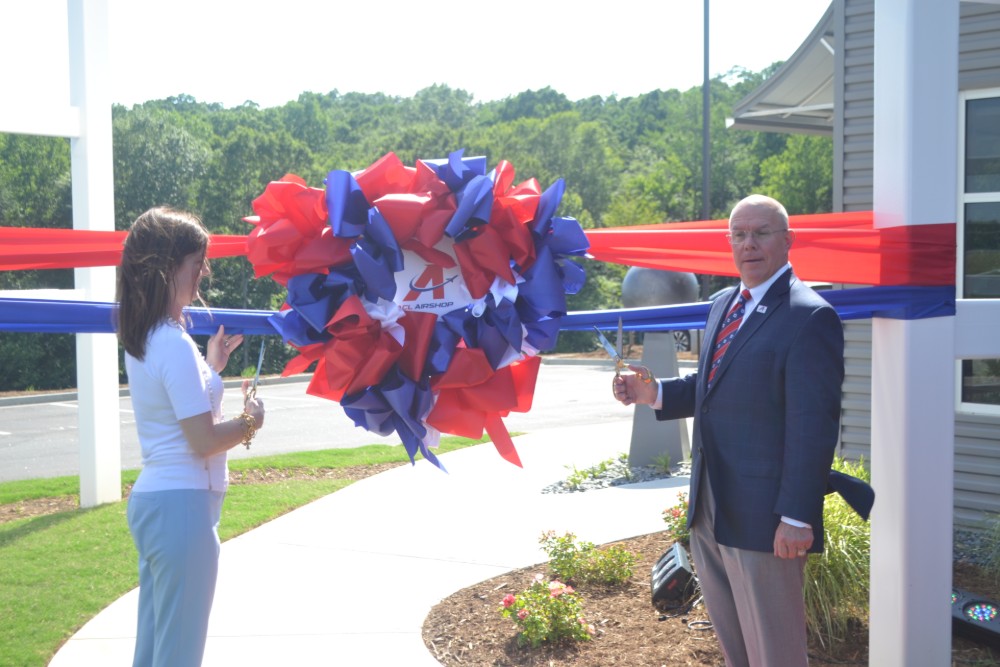 Townes said ACL Airshop is already in more than half of the top 100 cargo airports. The company sells, leases, repairs and manages unit load devices — the containers, straps, pallets and netting that secures cargo during transit. Workers at the Greenville facility, overlooking the junction of Interstates 85 and 185, will manufacture some of that equipment. In addition to the 32 new jobs, the building will employ 90 others who had worked at ACL Airshop’s old plant in Easley.

“We could have outsourced this entire expansion to lower-cost overseas locations, but instead we made a deliberate decision to build and grow right here at home,” Townes said. “We’re glad we made this statement right here with 110,000 cars a day seeing who we are and why we did it here.”

The company has doubled its footprint around the globe in the past three years, according to a news release. ACL Airshop is doing business on six continents.

“All around the world, we are continuously improving ACL Airshop with better capacity, upgraded facilities, new technology and logistics systems offerings, and other enhancements for our many scores of airlines customers,” Townes said.

State Rep. Bobby Cox delivered remarks on behalf of Lt. Gov. Pamela Evette, who was standing beside him with a case of laryngitis. Reading from her notes, Cox cited a University of South Carolina study that put aerospace sector employment growth at 13% since 2010. The industry today employs 22,000 people in the state at 400 aerospace-related companies. Last year the state exported $7.9 billion in aircraft, spacecraft and related parts, Cox said.

Townes is also CEO of Ranger Aerospace, which he founded in Greenville in 1997.

ACL Airshop LLC is a wholly-owned subsidiary of Ranger Airshop Holdings Inc., the latest aerospace consolidation platform created by Ranger Aerospace and its four large institutional investment partners, according to a news release.

The Coordinating Council for Economic Development approved a $100,000 Set Aside grant to assist with the costs of site work and infrastructure improvements for the ACL Airshop site.