A federal judge has denied a resentencing request from a Ponzi scheme mastermind who swindled about $66 million from hundreds of people.

Al Parish was sentenced to 292 months in prison for the scheme by Judge David Norton in July 2008 and is held in the low-security federal correctional institution in Butner, N.C. 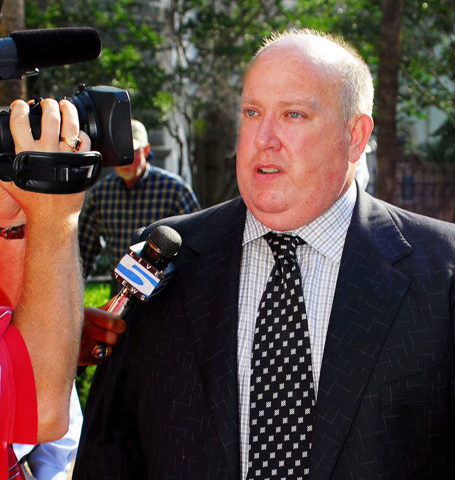 After learning that Norton had purchased a set of cufflinks for $700 at an auction of Parish’s property meant to recoup some of the funds he stole, Parish began a string of motions in the courts.

In 2016, Parish appealed his sentence to the 4th Circuit Court of Appeals, saying, “My concern is whether or not I received a harsher sentence than I would have otherwise received were it not for the judge’s attendance and participation at the auction and the public’s notice of this fact.”

Parish has been representing himself since attorney Andy Savage withdrew after the sentencing.

Norton told the appeals court he bought the cufflinks without realizing how it would be perceived.

“Although I try to keep current on all ethical rules and take the yearly ethics test prepared by the administrative office, I was unaware of how this provision could be interpreted,” he said. “Now that I have been made aware of this, my actions will not be repeated.”

Roger Gregory, chief judge of the 4th Circuit Court of Appeals, said in February 2017 that Norton’s actions “did create an appearance of impropriety,” but he said Norton’s violation was inadvertent and “there is nothing to suggest the incident had any effect on the sentence imposed by the judge.”

Parish then filed a lawsuit in Charleston in December 2017 asking to be resentenced.

Judge Richard Gergel, who works alongside Norton, told Parish in January that his request was based on a judicial rule that “does not provide relief from judgment in a criminal case,” and asked him to recharacterize the complaint.

Parish declined to do so, and Gergel ordered in February that Parish had until April 15 to either amend his lawsuit or accept it being dismissed as “improperly brought.” Parish did not respond by the deadline, and Gergel dismissed the lawsuit.

Two weeks later, Parish filed a motion for Gergel to reconsider his dismissal.

Parish wrote that the court’s dismissal was a “knee-jerk order” based on an incorrect reading of his lawsuit and that a recharacterization would not have been appropriate.