An organization that helps people learn financial literacy and improve their credit scores has opened its first location in South Carolina. Operation HOPE will have counselors available for free at the Capital Bank office at 1320 Main St. in downtown Columbia.

“If you never got the memo on financial literacy or economics or ownership or entrepreneurship and no one in your household was in business, if no one ever taught you how money works, then it’s what you don’t know that you don’t know that’s killing you,” he said. “People don’t understand why they’re not getting the opportunity to become a homeowner, start a business, become an entrepreneur, to send their kid to college. Why are they being told no?” 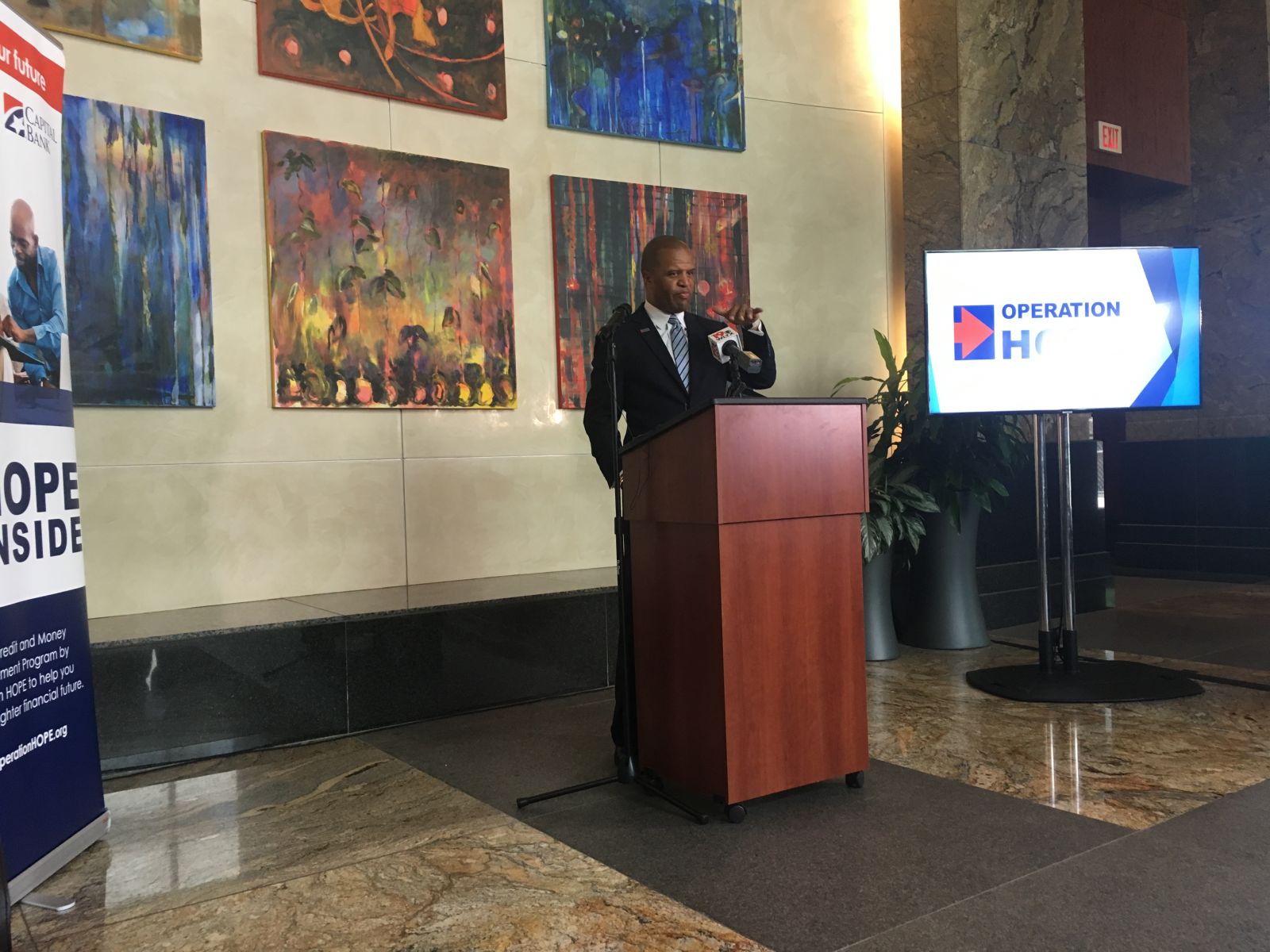 Capital Bank celebrated the opening of its Operation HOPE office during a Tuesday news conference.

“Typically the people we reach out to for our Operation Hope program are the underprivileged, the people that may have never had a banking opportunity or even a credit understanding,” said Rico Snell, vice president of small business marketing at First Horizon. “We want to inspire those types of people to build their skillsets and develop them to be great citizens and better stewards of their financial freedom.”

Bryant said First Horizon chose to open the first South Carolina location in Columbia because of the region’s potential for growth.

“We look at communities that are on the bubble that could really grow or stifle,” he said. “With a little help, they can grow, and we can push them over the edge toward upward mobility.”

Bryant said Operation Hope has 150 other locations nationwide and has plans to open 1,000 financial counseling offices.

First Horizon and Capital Bank also announced plans to unify under one brand name. Once the new brand name is announced, officials said everything related to operations, including customer account numbers, will remain the same.