Does insurance cover damage from uprisings? What you need to know about filing claims 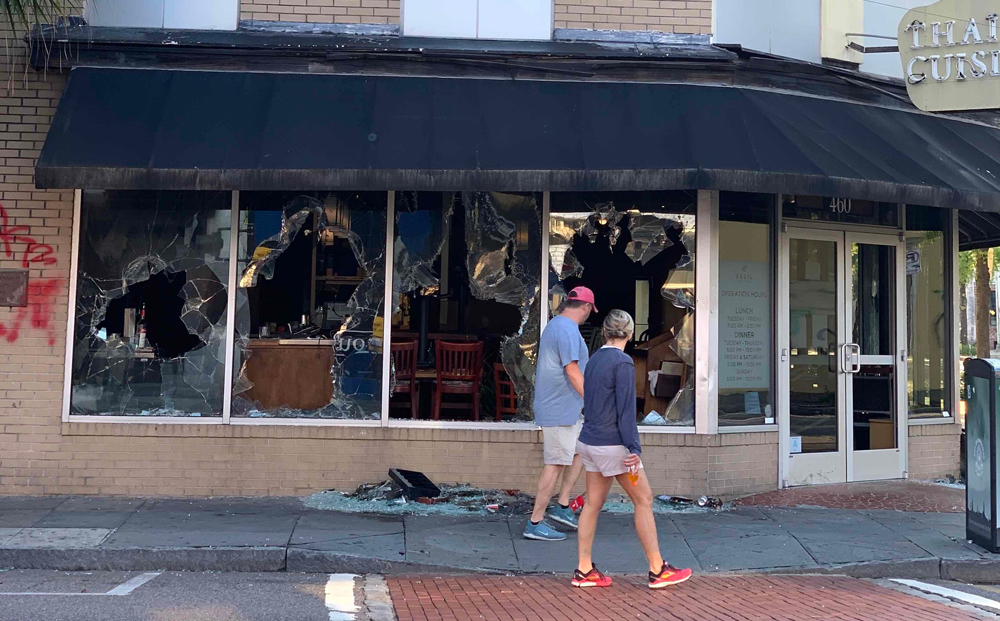 Businesses, homes and cars damaged or vandalized in the uprisings and civil unrest after the death of George Floyd in Minneapolis will be covered by most insurance policies.

“I would expect anyone that has actual, physical damage to their property should be making a claim now,” said Kim Winter, an attorney who leads Lathrop GPM‘s insurance recovery and counseling practice group. “We recommend that they make a claim sooner rather than later, even if they don’t know what all of their damages are yet.”

Protesters have been rallying against racial inequality and police brutality after Floyd’s death. Minneapolis police officer Derek Chauvin was seen on video pressing his knee against Floyd’s neck for nearly nine minutes as the unarmed, handcuffed black man gasped that he couldn’t breathe.

Court papers show Chauvin kept his knee on Floyd for two minutes after another officer couldn’t detect a pulse on him. Chauvin was fired, arrested and charged with second-degree murder and other charges. His bail was set at $1.25 million.

Most of the protesters have been peaceful, but in some cities, including Minneapolis, Chicago, Los Angeles and New York, individuals and groups resorted to arson, violence, vandalism and burglary of businesses.

In terms of the damage nationwide, this could be one of the costliest U.S. civil disorders, said Loretta Worters, vice president of media relations at the Insurance Information Institute.

The nation’s highest recorded financial damages resulting from civil disorder stem from the acquittal in 1992 of Los Angeles Police Department officers on charges of using excessive force in the arrest and beating of Rodney King. The estimated loss was $735 million, or $1.4 billion adjusted in 2020 dollars, according to data from Property Claim Services, a Verisk Analytics company. It could take months to assess the financial toll related to recent unrest.

Small-business insurance policies generally cover damage to windows, doors, light fixtures and contents, including furniture, office supplies, machinery and computers, plus the cost of boarding up windows and securing the business.

Damage to cars is covered under auto insurance policies, which include comprehensive coverage.

Paul Blume, senior vice president, state government and member relations for the American Property Casualty Insurance Association, said,  “Every effort is being made to assure prompt assessments and payments for covered claims.”

“We can reassure customers that most standard insurance policies for business owners and homeowners provide coverage for property losses related to civil unrest,” Blume said in a statement.

Businesses might have business interruption insurance, which covers them if they’re forced to suspend operations or limit hours. Those provisions are meant to cover lost income during that period.

In some cases, to qualify for business interruption coverage, a business has to have damage, and in most cases, the business would have had to be open — or have reopened after the COVID-19 lockdowns, Worters said.

Specific types of coverage and limits vary depending on the policy. Deductibles and other out-of-pocket costs may apply.

State and local governments, as well as private groups, are setting up relief funds to help businesses. Some turn to crowdsourcing, such as GoFundMe fundraisers.

In New York City, Mayor Bill de Blasio announced a Small Business Emergency Grant Program that will give small businesses up to $10,000 if they were affected by looting and experienced damage to their storefronts.

“The only way we will move forward and get small businesses back on their feet is by coming together as a community,” de Blasio said in a news release. “Our small businesses are not going anywhere. They are strong and resilient and they will be back, and we are here to help them do that.”

Chicago Mayor Lori Lightfoot said last week that the city is dedicating at least $10 million to support small businesses and is working with philanthropies and corporations for Together Now: Chicago’s Fund to Rebuild Our Neighborhoods.

Here are tips on how to expedite the recovery process for property damage claims from the American Property Casualty Insurance Association.

Mark Williams of The Columbus (Ohio) Dispatch contributed to this report.