David Ward is the new senior vice president of commercial lending for the Spartanburg branch of The Southern Bank opening at the end of the year. 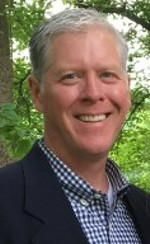 Ward’s tenure in the banking industry can be directly attributed to his ability to cultivate and retain relationships with clients, the release stated. Due to his expertise in new loan and deposit relationships, he has been responsible for the origination and underwriting of new and existing commercial loan requests and renewals. Ward used those skills to manage more than $50 million in portfolios prior to joining The Southern Bank.

Ward will report to Scott Frierson, president of The Southern Bank.

“We are proud to add David to the Spartanburg team,” Frierson said in the release. “His proficiency in building relationships and sustaining their business will only strengthen our bank’s ability to serve the Spartanburg community.”

Ward has attended numerous institutions and programs to expand his knowledge, including Wofford College, Wake Forest University, East Carolina University, Wachovia School of Commercial Lending, and the Milliken & Company Leadership Development Program, the release stated. Ward has lent his skills to the Spartanburg community as a HALTER board member and treasurer, a FONRA board member and treasurer, and a member of the Spartanburg Downtown Rotary Club.

The Spartanburg location of The Southern Bank was recently acquired and will be the second location in South Carolina.

The Greenville branch — the bank’s first branch in South Carolina — is now open with plans to announce the grand opening date soon.

The branch is located across the street from Sirrine Stadium. The bank renovated the space to create offices, meeting spaces and a safekeeping room with deposit boxes.