A Google search for “pizza places in Columbia, S.C.” yields dozens of different options. Chicago-style deep dish and New York style-thin crust can be found mere miles apart from each other.

Two new pizzerias in downtown Columbia will soon join that list, while a Five Points favorite is opening a second location across the river.

Rick Marzan already has a reputation for pizza. He opened and ran Noah’s Antico Pizza, named after his son, in Irmo from 2012 to 2015. He is now opening a new store at 2150 Sumter St. in the Cottontown neighborhood. The new restaurant is called Citta del Cotone, Italian for Cottontown, and is slated to open in October. 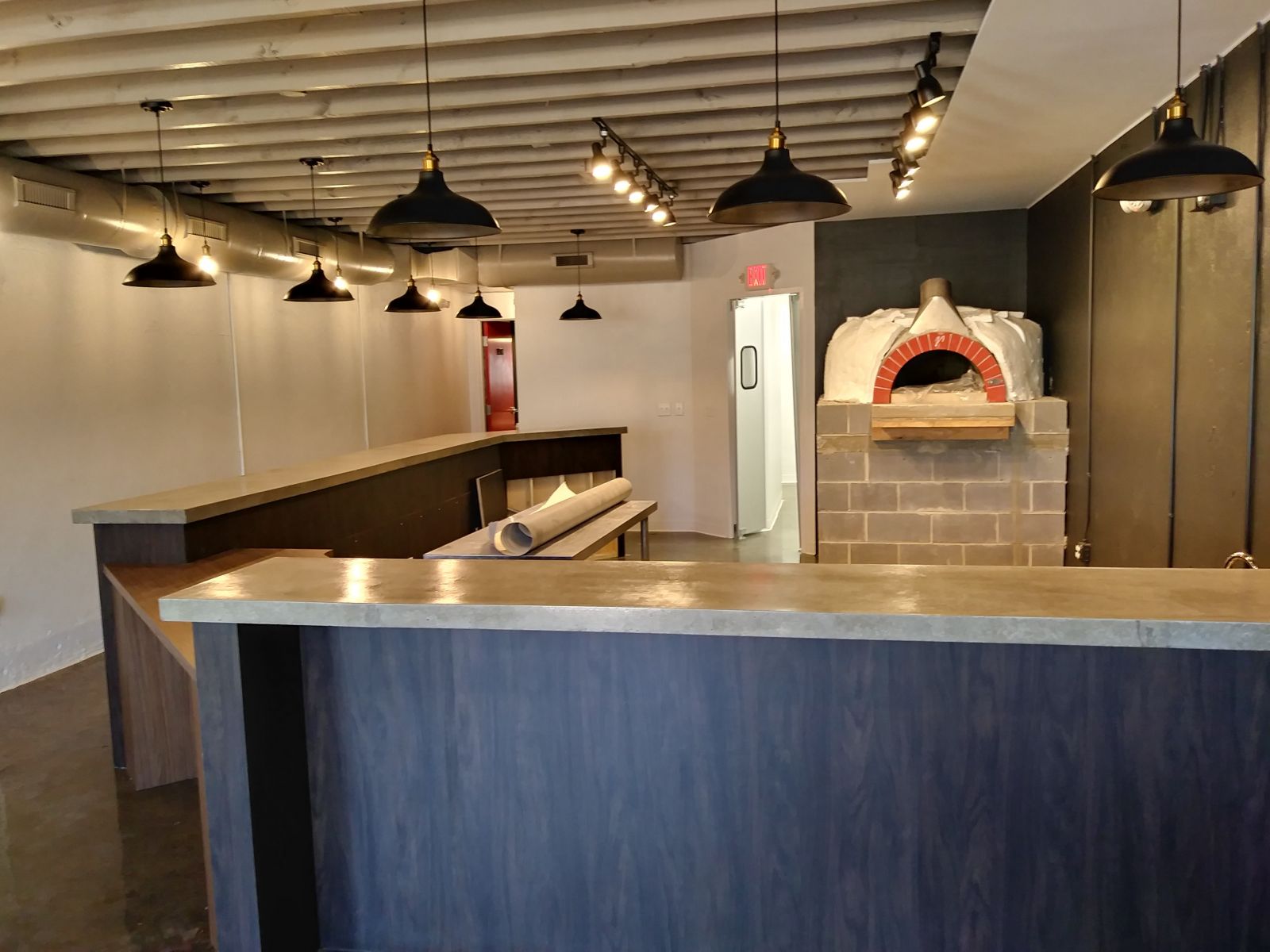 “This neighborhood was booming, and downtown has become a hotspot,” Marzan said. “I didn’t want to go to the Vista because we would be surrounded by chain restaurants. This place is going to be something special.”

Though his name has become known in area restaurant circles, Marzan didn’t think he’d ever come back to South Carolina after graduating from Spring Valley High School.

“I went to the University of Kentucky to play football, and ended up playing professional baseball before joining the corporate world,” Marzan said. “I quickly realized that world was not for me, so I went to New York to study theatre.”

Marzan’s time in baseball included a role in the 1988 comedy “Bull Durham” starring Kevin Costner and Susan Sarandon. Marzan played Jose, the unlucky player with a cursed glove. But though Marzan spent 24 years in California, but said he never felt like he fit in.

His passion for pizza grew from his relationship with Pepe Miele, the president of the North American branch of Vera Pizza Napoletana. The international organization was founded in 1984 as a way to promote and protect true Neapolitan pizza made in accordance with rules described in its International Regulations Book.

“Pepe taught me the art of making Neapolitan pizza, and I became very passionate about the process,” Marzan said. “In February of 2010, I packed my truck and headed back across the country. During that time, I formulated my business plan for the Irmo store.”

Marzan said his Neapolitan pizza is special because of tomatoes and flour that he has imported from Italy. He also uses a special mixer to make his dough. His biggest seller at the Irmo store was called the Noah, which featured tomato sauce, mozzarella cheese, bacon and blueberries.

Marzan said his Cottontown store will have set pizzas, not build your own.

“We have some unusual toppings and combinations, but I know they work,” Marzan said. “It takes time to experiment with different ingredients, but through trial and error, I found what works.”

Marzan’s business partner is fellow local restauranteur Tommy Price, who helped develop Za’s Pizza on Devine Street in 1997. After 10 years in retirement, Price was pulled back into the business through a mutual friend to help Marzan get settled into his new establishment.

“(Rick) is a pizza master,” Price said. “He has a passion for what he is creating. His pizza is authentic and unique.”

Price said he has seen an evolution in pizza since working with Za’s.

“Our concept (at Za’s) was to throw every topping you could on a pizza,” Price said. “This restaurant is going back to how pizza was originally made years ago. This concept is not a lot of ingredients, meaning less to manage and a more fresh taste. It’s something Columbia has not experienced.”

Even with the large volume of pizza restaurants in Columbia, Price said there isn’t a saturation of the market because each place has its own style. Price liked Cottontown’s distinctive environment and thought it would be a good fit for this style of restaurant.

“Cottontown is hip and eclectic. It features a younger cliental that wants an authentic concept,” Price said. “The current generation are foodies and are willing to try different foods. The trend is moving toward more specialized places with specific offerings. Rather than doing a lot of things well, we want to do one thing great.”

Marzan is excited to bring his passion for pizza to the Cottontown community.

“When I’m making a pizza, it’s like a performance,” Marzan said. “It’s being back on stage and pouring my heart out in the work I’ve created.”

Georgia-based Stoner’s Pizza Joint will be opening in November at the Arcade Mall on Main Street. The restaurant features a traditional pizza menu along with sandwiches, salads and wings. Stoner’s Pizza has more than 20 locations in the Southeast, including stores in Summerville, Goose Creek, Georgetown, Monck’s Corner and North Charleston.

There are also plans to open a store in Spartanburg.

Nicky’s, which celebrated its fifth year at its Five Points location this summer, is opening a second location in Lexington.

Nicky’s Pizza will be located at 102 E. Main St. across from the Icehouse Amphitheater. According to the store’s Facebook page, the new store will open in the fall and feature a wider menu that includes Italian pasta dishes.

This article first appeared in the Sept. 24 print edition of the Columbia Regional Business Report.

I love baseball and pizza, put the two together and it's a perfect combo. Best of luck Rick, I can't wait to stop in and try a slice.