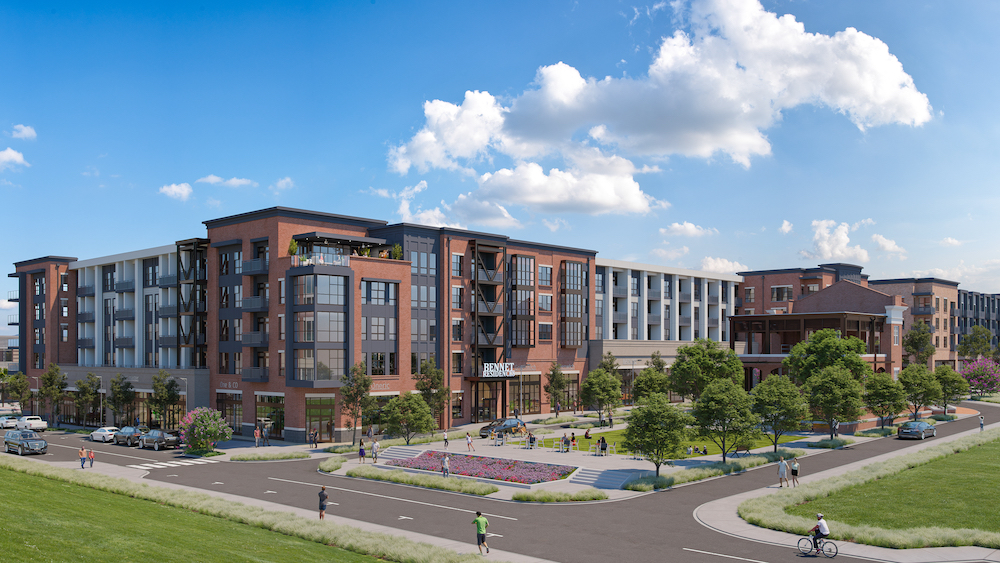 A new apartment complex will add more than 500 residents to the BullStreet District as soon as 2023.

Work has begun on Bennet at BullStreet, a 280,000-square-foot community with 269 luxury apartments ranging from studio to three-bedroom units, according to a news release. The apartments, anticipated to open in 2023, will include a pet spa, a rooftop deck, an upscale clubhouse and a state-of-the-art fitness center, along with dedicated co-working spaces.

Charlotte-based Proffitt Dixon Partners is the developer of the new complex, which will include a 45,000-square-foot, ground-floor retail space. Bennet at BullStreet will be located between Boyce Street, home to Segra Park, and Pickens Street in the 181-acre mixed-use BullStreet development, overseen by master developer Hughes Development Corp. of Greenville.

“The Hughes Development Corporation team’s talent and dedication to placemaking is remarkable,” Stuart Proffitt, founding partner of Proffitt Dixon Partners, said in the release. “We’re excited to be a part of bringing their transformative vision to life. Our goal for Bennet at BullStreet is to deliver the highest level of rentable living in Columbia, on par with urban projects we’ve recently delivered in other Southeast growth markets. We’re thrilled to now be underway with construction.”

Hughes Development Corp. will own and operate the retail space.

“We have toured Proffitt Dixon projects across the Southeast and are excited that they have chosen to do their next great project in the BullStreet District,” Robert Hughes, president of Hughes Development, said. “These units will bring over 500 new residents to BullStreet, all of whom will enjoy the recently opened Page Ellington Park, Fireflies games and the growing mix of retail and restaurant tenants who call BullStreet home.”

The apartments will range from 550 to 1,600 square feet. Other amenities will include an outdoor saltwater pool, grilling areas, private cabanas and a covered entertainment pavilion, along with two additional courtyards and two dog parks.