An effort is underway to bring a conference center to downtown Greenville, and Phil Hughes, president of Hughes Investments, said “it looks like this is going to happen in Greenville.”

Hughes was speaking at a GSA Business Report Power Event Monday when he said the land he owns on River Street, along with adjacent property owned by Bo Aughtry, principal of Windsor Aughtry Hotel Group in Greenville, along the Reedy River, is being considered for a downtown conference center. The two developers own the last large piece of property on the river downtown. 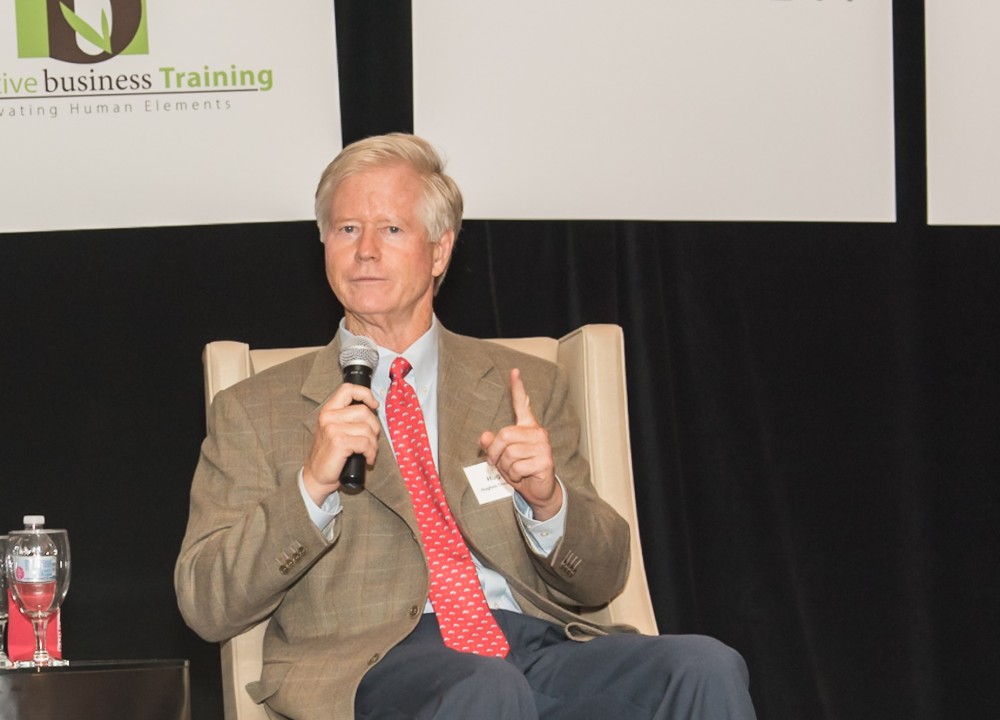 “There has been a movement afoot for some time now,” Hughes said. “We got together and were talking about how things could be better. It’s interesting to notice that Greenville does not have a real place for out of town people coming to meet to stay for a long time. We have the Greenville Convention Center, but it’s not walkable or convenient.”

Hughes said he has heard many stories over the years about how visitors do not like taking a bus or car to get to the convention center from downtown.

“While the idea is finally getting traction, it’s something we’ve worked on for a long time,” he said. “The leadership in this community is incredible. The mayor, chairman of county council, and many others, are very supportive of this concept.

“The city and county are both very aware of it. They have shared their strong expressions of support to the state and the state has actually given us some funding already,” Hughes said. The city and county have said they want to bring this up very soon, and we think it will be favorably received.”

Hughes said the idea is for the center to be connected to the Embassy Suites and also have an anchor hotel to help serve larger conventions.

Hughes also discussed BridgeWay Station, a mixed-use development in Mauldin, planned around a Charter Spectrum building already there. The development is fashioned around a city Main Street style that would offer options in retail, restaurant and residential units in a walkable community.

Hughes said he would like to see BridgeWay open in 2021, fully built out and occupied.

“That includes a lot of things to happen that are not in our control,” he said. “But I’d like to think we’re close to an announcement.

“This is going to happen.”

The Swamp Rabbit Trail will eventually be extended to the BridgeWay Station site, with a new bridge dedicated for pedestrians and bicycles over Interstate 385, he said.

“Mauldin has been very instrumental in leading that effort,” he said. “It will eventually connect up with downtown and everyone knows what the Swamp Rabbit Trail can do for a project. We hope it does it for ours.”