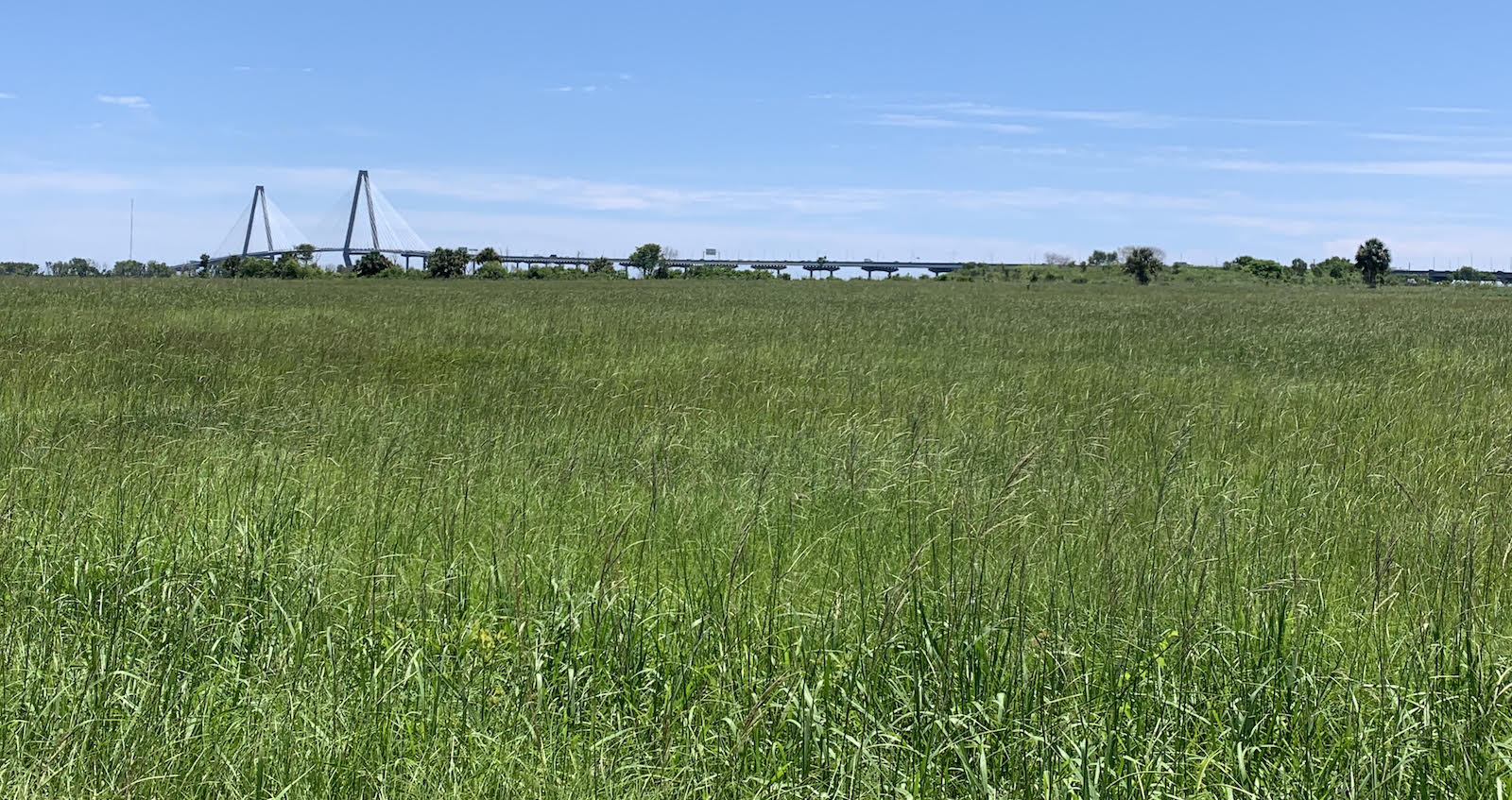 After three failed attempts by three different developers, one of Charleston’s last, largest tracts of waterfront property could finally be developed along the Cooper River.

The proposal for the 196-acre property off Morrison Drive just north of the Ravenel Bridge, is the third for Laurel Island in 14 years.

The planned unit development, created by Clement Development Inc., also calls for 276,500 square feet of retail space, 2.2 million square feet of office space, 400 hotel rooms and 39.2 acres of public green space around the perimeter — four times the city’s required 9.8 acres. The Robert Mills ruins at the edge of the old landfill will be preserved under the development plan.

The overall project, in addition to Clement Development’s reaction to feedback, was lauded throughout the meeting, but Tecklenburg, as well as other council members and constituents, expressed concern over the lack of public input and vague language in the proposal, which clocks in at over 500 pages.

One of the concerns centered on the implication that the developers could have the authority down the line to change specific zoning regulations or the number of affordable housing units without the city’s approval.

“What concerned me the most is we might agree to something that in 10 or 20 years from now it’s something different. ... As a council, we definitely want to have that straightened out,” Tecklenburg said.

Councilwoman Carol Jackson agreed that it’s the council’s responsibility to make sure the zoning could withstand tests of time and address inconsistencies. 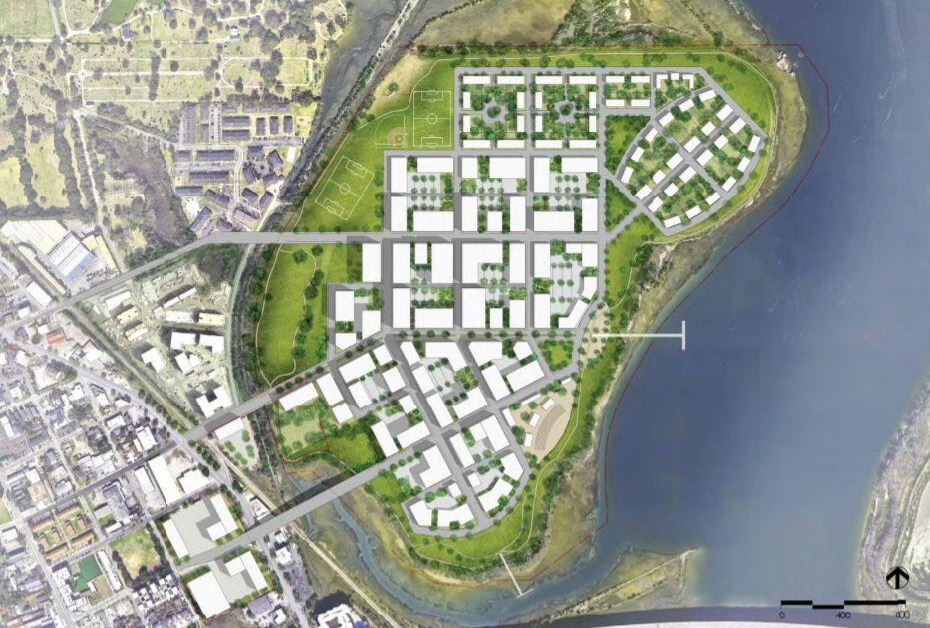 “I’ve been asking that question as often as I can: Are we sure among our experts, ourselves, our legal team and our planning staff that what’s represented in our PUD document is actually the vision that we’re all excited to approve?” she said.

Tecklenburg suggested holding a workshop prior to the next council meeting where Robert Clement, president of Clement Development, and his team could clarify these questions and accept further comments from the public.

Clement, whose company is also behind the Magnolia project and the $85 million mixed-use Midtown developments — said that as cities grow, projects need to have room to evolve and breathe, but that the jargon was never intended to be confusing.

“I listened to everyone. I was surprised that they came to the conclusions that they came to, but nobody has any intention here on either side of not being transparent. And I think that’s easily solvable,” Clement said.

Prior to his election in 2015, Tecklenburg worked as a broker for CC&T Real Estate Services, which Clement also owns. His son Joseph still works for CC&T as a principal.

Councilman Robert Mitchell said additional concerns that members of the public were not provided enough opportunities to voice their opinions, mostly as a result of coronavirus restrictions, were untrue and that people knew about the meetings, they just didn’t come out.

Clement said he has been interacting with the community for the past seven years, hosting charrettes, public meetings and video calls with neighborhood associations. His team also set up a website for the project.

“And we offered to do more if there was anybody else who wanted to hear about the project,” he said.

Another repeated concern throughout the meeting was that the 10-year expiration on half of the affordable housing was too short. Councilman William Dudley Gregorie recommended that, instead of the clock starting when the certificate of occupancy is issued, it could start at the point the units are leased, to allow residents more time; others suggested extending the deadline even further.

“I would push for 25 years since we think that brings it more in line with other affordable housing unit requirements in the city,” Winslow Hastie, president and CEO of Historic Charleston Foundation, said at the meeting.

Marcus McDonald of Black Lives Matter advocated that 20% to 30% of the dwelling units be permanently affordable.

The 10% in perpetuity is more than any other developer has offered for workforce housing, Clement said, adding that the company offered up the other 10% for 10 years after they were asked to do more.

“Because that’s what we could afford to do,” he said.

As part of the improvements to access Laurel Island, Clement Development will provide drainage systems on Cool Blow Street and improve those in place throughout the area, which Jackson praised. It would continue Romney Street, create a bridge from the end of Cool Blow Street over Morrison Drive and the railroad tracks, and build a pier for a possible water taxi. The city has requested that no gates be built to access any of the streets.

Height restrictions would allow buildings ranging from two to 12 stories, with the tallest in the middle where it can be buffered from surrounding areas. The scale is similar to the height of the digital corridor’s Charleston Tech Center and other newly constructed apartments in the area.

Earlier plans for Laurel Island — owned since 2005 by Philadelphia-based real estate investment company Lubert-Adler — were proposed in 2006 and 2016. The first was a casualty of the Great Recession; the second, a 10-year buildout plan that would have transformed the landfill into a $1 billion mixed-use project, folded as a result of focusing too heavily on retail, Clement said.

Clement said he learned from their mistakes, however, and his plan declines to build a town center. He said that will keep the development balanced — and also avoid traffic congestion to the area.

Councilman Ross Appel expressed his excitement for the plan, stating that other municipalities throughout the country would eagerly welcome a project like this into their jurisdiction.

“This is exactly what we need to be doing. And the more we do this, the less development perhaps we would need to do down Ashley River Road, (S.C.) Highway 61 and on James Island, and some of these other places where we know development is not up to snuff, where we know the state and the county have not been pulling their weight for infrastructure for decades,” he said. “This is what good, smart development looks like in the 21st century.”