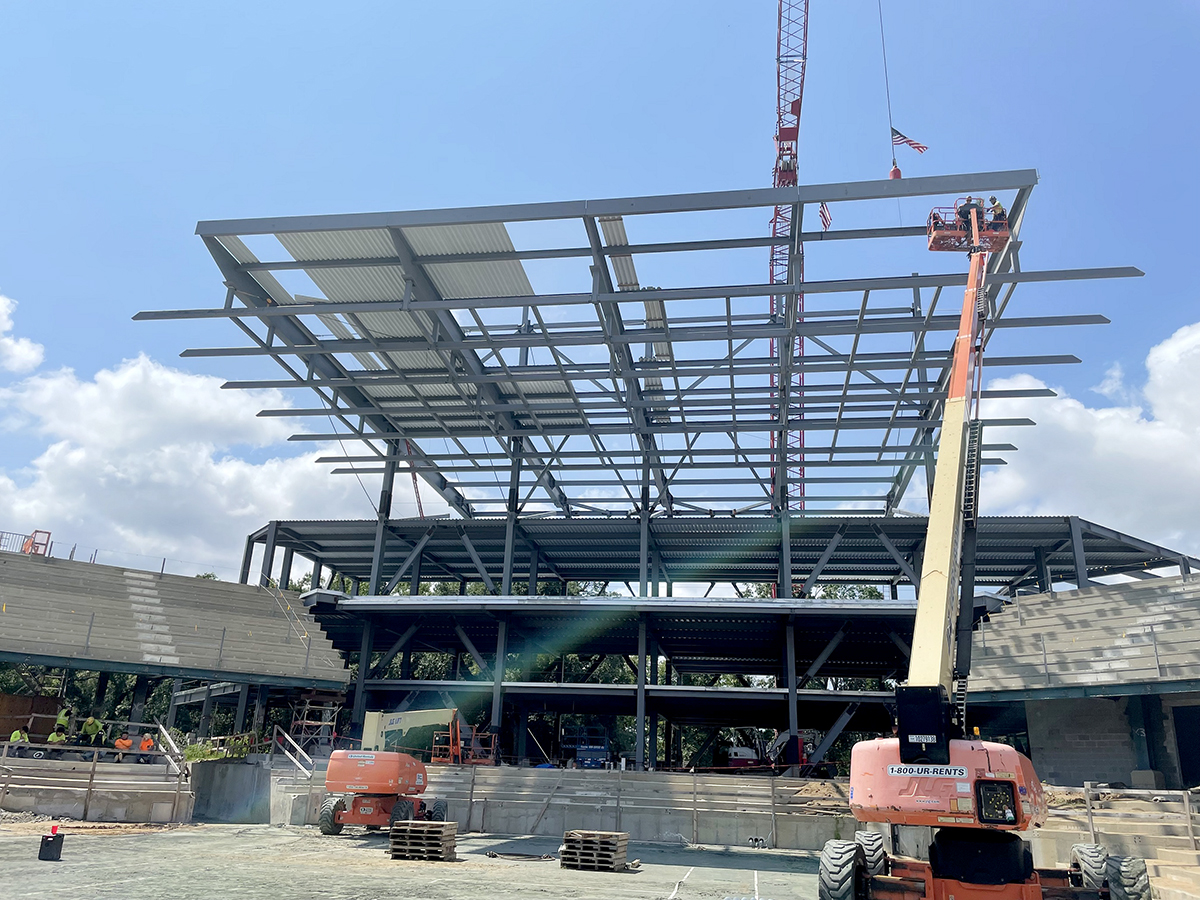 The newly name Credit One Stadium on Daniel Island has hit a construction milestone with a topping out ceremony by the workers and construction managers from Choate Construction.

A topping out is a moment during a construction project when the last structural beam is lifted into place, typically at the highest point of a building or other structure. 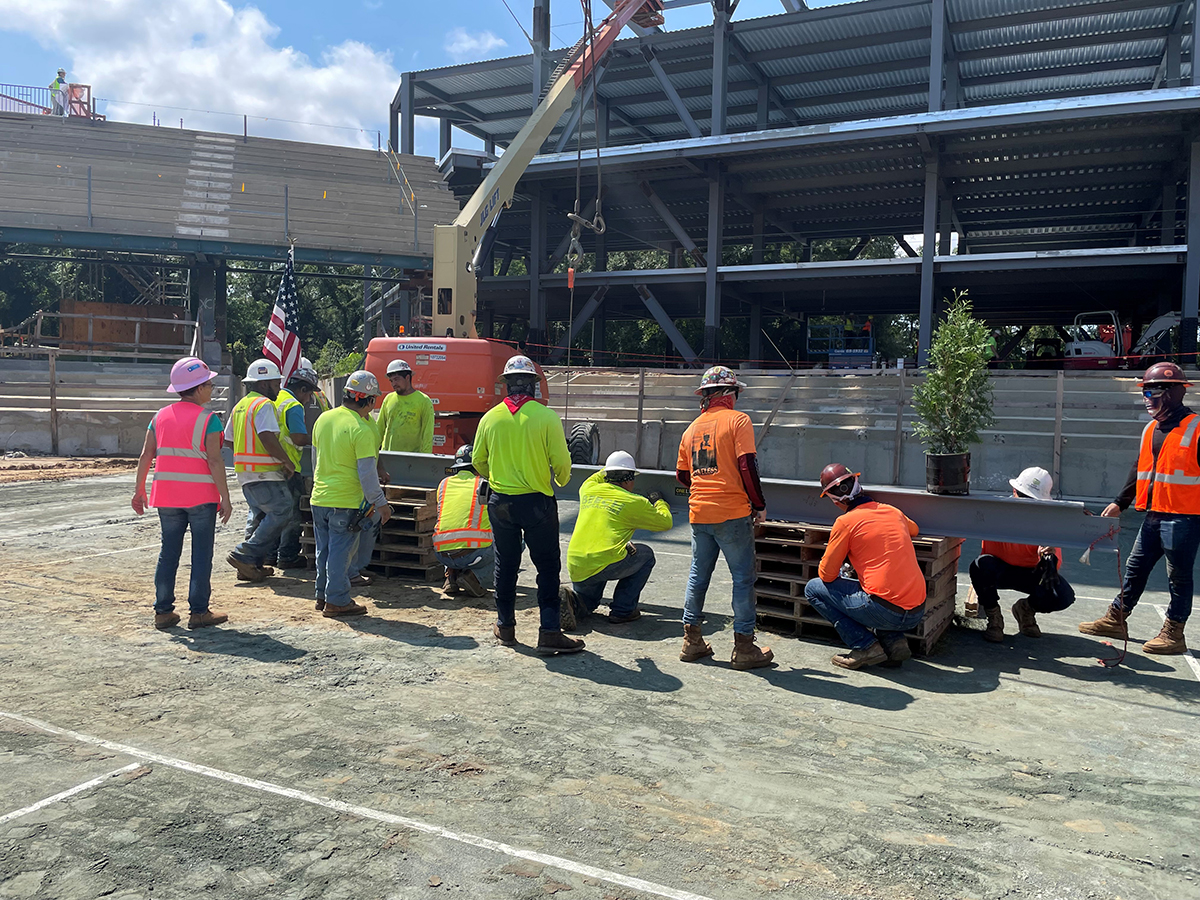 In late July, Credit One signed a multi-year deal to take over the sponsorship of the tournament and the stadium, formerly known as the Volvo Car Stadium. However, the construction project began months before that deal was announced.

The stadium, which for years hosted the Family Circle Tennis Cup, is undergoing a dramatic renovation of players areas and space for spectators, including a stage house and canopy to cover performers and musicians.

Choate Construction, which serves as the general contractor on the project, has put in tens of thousands of work hours into Credit One Stadium, adding nearly 800 tons of structural steel and 160 tons of rebar, the company said in a news release.

During this week’s topping out ceremony, project managers gathered within the demolished interior of the former stadium as the last structural steel beam was put into place on the new Credit One Stadium Stage House.

Andy Grayson, senior project manager for Choate Construction, said the company had put in 50,000 hours into the Credit One project.

“We believe it is important to take a step back to acknowledge and celebrate what’s been accomplished and to thank the team for all their hard work and dedication to the project,” Grayson said in a statement. “In addition to thanking those involved, topping out celebrations historically signify the safe buildup of a structure and good luck for the remainder of construction.”

The new stadium will feature a public-facing façade with a large concourse, updated restrooms, concession stations and hospitality suites. A four-story stage house is also being added, which will include wellness facilities, premium locker rooms, exercise space, catering and food preparation areas, along with media-access space and production rooms.

Choate said the bowl-like shape of the new stadium means there won’t be a bad seat for anyone watching an event at the venue.

The Credit One Stadium project is expected to be completed in spring 2022.